Obama planning a Dept of Truthiness?

Save us from conspiracy theories, frets Prez

Is the Obama Administration preparing the ground for a Ministry of Truthiness? The President's latest wide-ranging speech at Hampton University made a halt at a very strange outpost, before moving on to education. Obama, it seems, is vexed by the idea of conspiracy theories. Apparently people aren't thinking the right thoughts.

Obama's internet Yoda, Professor Cass Sunstein*, is also besotted with the idea. Two years ago, Sunstein proposed what you might call an 'active government solution' to conspiracies.

The best way to counter conspiracy theories, Sunstein and co-author Adrian Vermeule argued, is with the "cognitive infiltration of extremist groups". This would entail government sponsoring fake "experts" to appear on the media to provide their own disinformation. It's as surreal, in its way, as discovering that the CIA sponsored abstract expressionist artists during the Cold War.

No one is more influential in devising Obama's internet policy than the prolific Professor Sunstein, on leave from Harvard's Law School, Obama's alma mater. His fingerprints are all over Obama's latest speech.

At Hampton, Obama warned students they were "coming of age in a 24/7 media environment that bombards us with all kinds of content and exposes us to all kinds of arguments, some of which don't always rank all that high on the truth meter", fretting that "some of the craziest claims can quickly claim traction".

What did he mean? He specifically mentioned people who think that government is "inherently bad". This, he said, puts democracy at risk.

But people who believe this include many of Obama's predecessors - through which democracy survived - and a substantial section of public opinion. The belief that a bureaucracy creates work for itself, or that state programs created with the best intentions often produce sub-optimal results, is quite legitimate. Holding such an opinion doesn't make one a bomb-throwing anarchist. Lumping extremists who intend to harm together with opponents of expansive government doesn't seem particularly honest.

Sunstein's writing swings wildly between technology utopianism, such as lauding the Hive Mind in his 2005 Infotopia: How Many Minds Produce Knowledge, and dystopianism. His 2000 book Republic.com (PDF via Google) warned of a world where wider choice of information meant people only read material that only confirmed their own prejudices.

These look like two polarities, but in fact they're sides of the same coin: they arise from the belief that ordinary people can't think rationally and make up their own minds. Both naturally lead to paternalism, because some kind of benevolent agency is required to save us from ourselves. Sunstein has a very clear idea of what this might be. 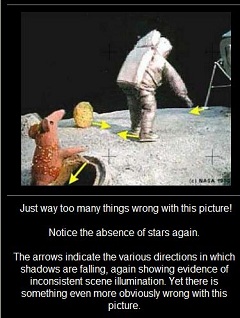 It's a problematic solution, however. Many may wonder what place government has to counter falsehood with fake experts - isn't this another form of deception, only one at the taxpayer's expense?

The language reflects an odd kind of elitism. Sunstein's idea owes much to military thinking. It views the public as a kind of enemy.

And there's another interesting aspect of the term "conspiracy theorist" which is that as a pejorative term, it's used to bully, chivvy, and close down discussion. A good example was highlighted when the Climategate emails surfaced. Some prominent environmentalists recognised that there was a problem, that damage had been done, and that the scientists ought to clean up their act. But many other activists demanded that critics disclose the details of their conspiracy theory. (Conjugate this: I have a legitimate alignment of interests, You have a legitimate alignment of interests, He has a conspiracy.)

There's no evidence that Obama is already committing funds to this dubious media exercise. But the speech is undoubtedly useful in preparing the ground for a new kind of media policy.

The anxieties of Obama and Sunstein reflect some lack of frustration with many voters for not engaging with their idea of government. Maybe they're simply not an inspiring vision. In a democracy, the public is always right. ®

Yes, it's the same Cass Sunstein who thinks animals should be able to take you to court. He's a Law Professor.