This witch-hunt will hurt Adobe more than Apple

Shall we just ban the Xbox, for fun?

Comment There's nothing quite so righteous as a Puritan who suddenly discovers wickedness has been lurking at the heart of the community for years, and embarks on rooting it out to save us all. After years of uncritical coverage, the press pack has decided that Apple is after all, quite wicked. Adobe is stoking the discontent with a lavish - and possibly quite misleading - ad campaign launched yesterday. This is very ill-judged, and the blow-back could be felt across the entire IT industry.

What Adobe seems to be angling for is a kind of "hardware neutrality act", tying the hands of any computer appliance manufacturer to open their devices to run any kind of software. Even if this isn't Adobe's intention, it might yet come about. But it should be careful what it wishes for. 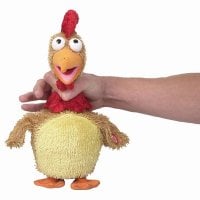 America's vast cyberlaw industry, deeply embedded in academia, is always looking for something to do next. The copyright wars have provided good business for a decade, but the tide seems to have turned there. Net Neutrality was a fabulous invention, conceived and cradled at American Law Schools, but again, reality seems to be asserting itself. There's evidently a vacuum here. Regulators, who lean on the cyberlawyers to generate work in the same way that health and environment regulators rely on academic junk science, may soon be perking up.

From the Adobe ads, you may be forgiven for thinking that Apple has banned Adobe's Flash from all Mac computers. In fact, Apple seems to have some very good reasons for not permitting Flash on just a couple of products - one of which (the iPhone) has a low market share (around one in eight smartphones) and another (the iPad) for which the market can charitably said to be rather immature. No one has made a success of slate devices yet, despite many attempts, and there's no guarantee that Apple will succeed where others failed. Since market dominance is the first hurdle that needs to be cleared on the road to regulatory intervention, conventional regulation is a nonstarter. Laughably so.

We've always supported the idea of open computers, where the user is free to hack as they wish. I'm more confident now than ever that computers remain open - certainly more confident than when capers such as CPRM were working their way through industry committees.

Apple's iPad is a rather different case, however, and should be treated as one. Much like a games console, it's an appliance, and locked down as the manufacturer sees fit. I don't buy that this is the idea of the thin end of the wedge, and we'll all wake up one day and find that our PCs and Macs refused to obey our orders. As I wrote in Apple vs the iPad Bedwetters, this fantasy reveals rather more about the person making the argument: a predictably patronising view of us all as zombies, mixed to a peculiarly foreboding flavour of paranoia.

By Adobe's logic, Sony should open the PlayStation to allow everyone to develop games for it. It can cost you $10,000 for a PS3 developer kit - that's the price of admission to Sony's market. (If there's a cheaper option, as Microsoft offers for XNA, let me know). Many consider it a price worth paying. It's a rounding error in the larger expense of creating a major game. The rewards are equally clear.

And, um, remind me who is the monopoly supplier of Flash developer kits, the one's you really need to develop Flash apps? Given Apple's preference for HTML5, a truly open standard, and H.264 video, which can't be licensed on a discriminatory basis, I really wonder what they're smoking at Adobe HQ in San Jose.

Today's IT management suffers from the same aversion to risk-taking seen elsewhere in corporate culture - the obsession is with internal processes and structures, or making the workplace (heaven help us) 'democratic'. The focus is inward. Thankfully, Apple bucks all of these trends.

The Apples and Sonys should be encouraged to innovate. They'll fail and get it wrong plenty of times. But when they get it right, they produce something that really couldn't have been produced by a committee.

If bored regulators really want something to do, they could have at making the discarded Glass Steagall Act work. That cost the global economy even more than Flash. Although it might be a close run thing... ®