Outperforms the Acer it's based on?

Review It’s been a couple of years since Acer gobbled up Packard Bell as part of its quest for world domination, and the Taiwanese giant seems perfectly happy to continue churning out netbooks under both brands. 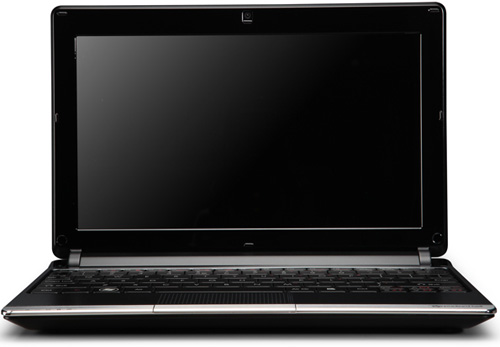 Another dotty netbook from Packard Bell

The dot S2 is the latest in a long line of slightly irritatingly-named Packard Bell netbooks and is the spitting image of Acer’s Aspire One 532h. However, although very similar, the two aren’t identical.

Available in three colours (red, white and black), the dot S2 features a glossy lid with the Packard Bell logo sat on a small, silver rectangle at the left. Inside, the heavily-glossed nature of the Aspire One 532h is ditched in favour of a more matt-based approach – the screen still has a glossy bezel, though.

The USB, VGA, Ethernet, card reader and audio ports are all placed in exactly the same locations as on the Acer 532h. There are, however, some subtle differences in the chassis design, such as the translucent power button that blends in neatly just above the top left corner of the keyboard.

There’s a similar looking button on the right side, except that it’s not actually a button at all. Instead, it’s simply a light that illuminates when wireless is switched on – if you want to knock Wi-Fi on the head, you’ll need to use the function key shortcut or disable it within Windows.

The touchpad on the dot S2 is similar to that of the 532h and features the same miniature circular pads. Thankfully it doesn’t share the 532h’s glossy coating, which I found hampered usability no end. Again, the Dot S2 opts for a matt finish, making it far more finger-friendly. The low-profile keyboard, however, is identical to the Acer and, with the minimal spacing between keys, some people may find it just a little too cramped.