The commercial cuckoo hiding in the BBC's global mission

Nation shall speak Top Gear and Doctor Who unto nation

Check the calendar dates and a possible cunning plan emerges. On Thursday 6th May, there was a strong possibility that the UK would elect a Tory government, one that would be eyeing BBC funding suspiciously. On Tuesday 11th of May, BBC director general Mark Thompson gave a speech at Chatham House on "Nation Speaking Peace unto Nation: The BBC's Global Mission". So the fight-back begins? 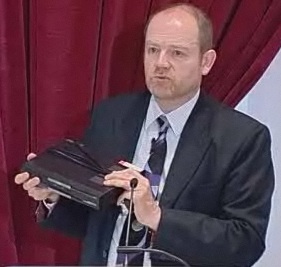 Well, as the coalition government didn't fall into place until the evening Thompson was speaking, the eyes of the media were in the main directed elsewhere. Which is possibly just as well, because if Thompson has a case at all, it's not an entirely credible one. Thompson is - as the title suggests - making a speech about the continuing, even growing, importance of the BBC's international operations to the world. The BBC commands a unique level of trust from audiences across the world, he tells us, is prepared to support local operations with local staffing over the long term, and when other news organisations are cutting back their international coverage drastically, "the BBC's journalism, its objectivity and impartiality… is more, not less important than it used to be."

It's the classic defence of the World Service, but there's something of a pea and shell game going on here, because Thompson isn't just talking about the BBC World Service, but also about BBC Worldwide, bbc.com and BBC World News. Thompson presents all of these as components of that single global mission, but their funding, their objectives and the constraints they face are very different.

The BBC World Service is paid for by a Foreign & Commonwealth Office grant, while everything else is commercial. BBC Worldwide is the BBC's commercial arm, while global TV channel BBC World News and bbc.com, are supported by advertising. BBC World News was originally launched as BBC World Service Television, but the FCO declined to fund it as part of what the World Service does next, hence its need to be commercial. The online operation, bbc.com, was launched as an international, advertising-supported version of the BBC site in late 2007, while one of the things BBC Worldwide does is to license BBC programming internationally. It also runs a string of channels, including BBC America, BBC Entertainment and BBC Lifestyle, licenses high-earning BBC shows including Top Gear, Doctor Who and Dancing with the Stars, and partners with Virgin on ten channels in the UK, including the less than uplifting Dave, and the G.O.L.D. retread factory.

The corporate structure covering most of these arms is confusing, and changes frequently. The bottom line, however, is that the World Service is government funded and does mainly radio, while everything else is at least aspirationally commercial. The funding for the non-World Service operations is provided by the British taxpayer via the licence fee, so the task of making them 'profitable' isn't exactly a challenging one. This appears not to have happened yet, however, as Thompson tells us that "full sustainability through advertising" should be possible for them.

Next page: The commercial cuckoo
Page: