Most diverse playlists in the UK: Official

It's not exactly WFMU, the world's greatest radio station, but a new study shows how valuable BBC 6Music is to curious listeners and the music industry. By some distance, it offers the most diverse selection of pop music on UK radio.

Economist Will Page at the PRS (or as we must call it, PRS For Music) has found that 6Music played three times as many unique songs as the average for UK radio, and paid four times as many individual songwriters, as these charts show.

You can click to enlarge them and see the most shamefully boring pop stations. (Very poor show, Capital Radio.) 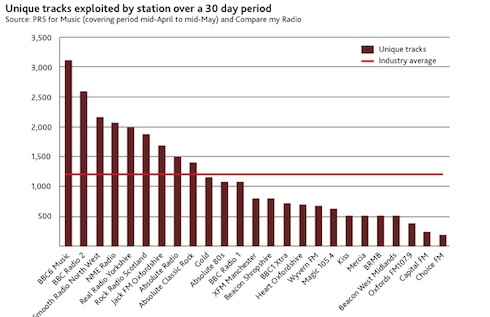 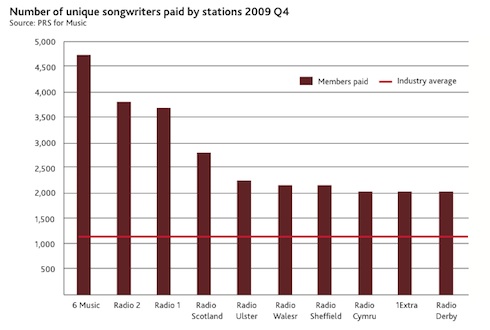 The research found 750 songwriters who were paid by 6Music for radio performance, and no other radio station.

"From a songwriter's perspective, it is important to note that 6Music is currently the difference between nothing and something for many of them," notes Page.

The report with more observations can be found here.

Campaigners are holding another demo to save 6Music at Broadcasting House at 12pm tomorrow. ®