Weather's lovely, wish you were here

A chap from the German space agency DLR has captured a fetching snap of the International Space Station transiting the Sun, appropriately last Sunday afternoon: 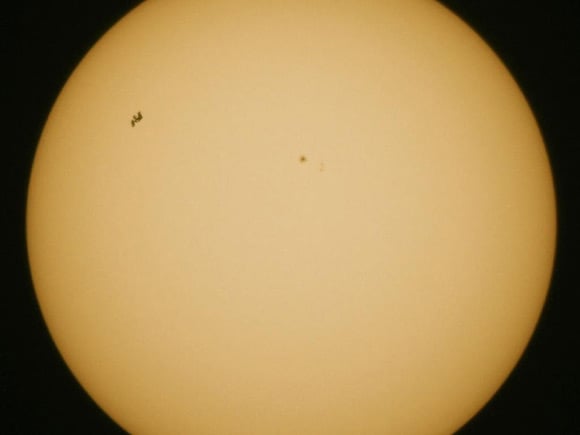 Snapper Thilo Kranz explains: "I took this image of the ISS as it passed across the solar disk in just 0.51 seconds. I captured the image with the help of my telescope and 1/5000 second exposure time. At this time, preparations for undocking of Space Shuttle Atlantis during its final mission, STS-132, were ongoing. You can see the still docked shuttle in the 11 o'clock position. Also, you may recognise the solar panels and the large radiators. In the full resolution version of this image, you can also see the Soyuz capsule. Close to the centre of the Sun, a group of sunspots is visible."

And here's the ISS in detail: 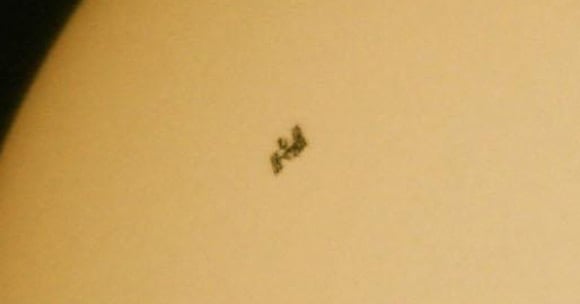 Looks like a lovely day up there in space. ®