Plus: the Nigerian connection

Surprising no one, iPad clones are sprouting up in the IP rip-off capital of the world — China — including one charmingly and thoroughly unimaginatively known as the iPed.

Apple's iPad escaped across the US border Friday and landed in the UK and eight other countries. If — when? — it arrives in China, it will find an army of low-priced, homegrown tablets awaiting it.

For one, there's the iPed, which we were alerted to on Friday by Gawker Media's Kotaku, which discovered the iPed on a Japanese website whose name Google Translate renders as Image Bedding bath & Video News," and which posted the following Japanese TV news report on the iPed:

The iPed's packaging is a near-perfect rip-off of Apple's iPad box, down to the iPhone OS–style icons on the illustration of the tablet. A close inspection, however, shows that the iPed's iPod app's name is — you guessed it — iPed, not iPod.

What a difference an 'e' makes

Although our Japanese is far too weak to understand the two newscasters, Kotaku claims that the iPed's processor is from Intel. The video does make it clear, however, that the iPed is Android-based. 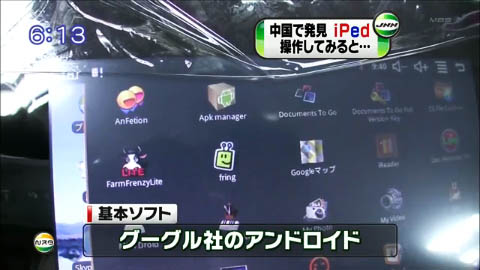 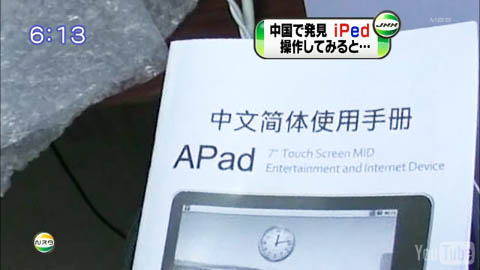 What a difference an 'A' makes

IBb&VN also notes that the iPed is manufactured in none other than Shenzhen, China, the home of Foxconn, the manufacturer of Apple's iPad and iPhone. Might as well steal locally, one assumes.

The iPed, for all its low-budget attractions, is not to be confused with the Moonse e7001, also branded as the iRobot - which you can pick up at the online retail outlet JTShop for $185. Far more is known about the iRobot — which, by the way, also apes Apple's iPad packaging, but less blatantly dishonestly than the iPed. 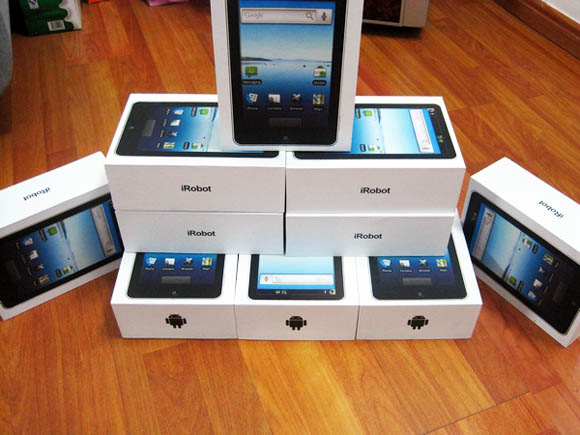 The Moonse e7001/iRobot is a seven-inch tablet that runs Android 1.5, and it's powered by RockChip's most recent mobile multimedia processor, the RK2808. It's available in a variety of RAM configs, and according to andoidpads.com, it can be had for around $130 to $250 (£90 to £173). All in all, it also appears to be a somewhat slicker device than does the iPed, as this video shows:

Finally, not all iPad imitators come from China. Did you hear about the $399 Encipher Tablet, available only in Nigeria, and which looks suspiciously like a clone of the Moonse e7001/iRobot?

Column The locked-down world and their Chromebook would like a word...