A trio of intrepid Czech fanbois have arguably proven that the display on the upcoming next-generation iPhone will have a resolution of 960 by 640, and a pixel density of an impressive 320ppi.

How Vláďa Janeček, Tomáš Holčík and Filip Kůžel got their hands on Apple's decreasingly top-secret iPhone, they don't say — and proving their assertions is of course impossible. But they do go into some detail about what they discovered when they trained a zoom-capable microscope on the purported next-gen iPhone's display.

You can read their report, "Vzali jsme displej iPhonu 4G pod mikroskop a víme o něm vše", yourself — or, if your Czech is rusty, you can read Google's always-amusing attempt at a translation.

According to the Czechs, the 320ppi pixel density of the display they examined is unmatched in any other handheld — the HTC HD2 tops out at 217ppi, the Motoroloa Droid at 265ppi, and Google's Nexus One, 252ppi. The current iPhone 3GS is a veritable fogey at 163ppi.

The 960-by-640 display would jibe with what DigiTimes analyst Ming-Chi Kuo reported mid–last month: that the next gen iPhone's resolution would provide exactly four times the pixelage of the iPhone 3GS, which would mean that existing iPhone apps wouldn't need to be rewritten to display correctly on the next-gen iPhone — they'd just fire up four pixels where they used to fire up just one.

Janeček, Holčík, and Kůžel were unfortunately unable to turn the next-gen iPhone on to get a clear image of the display in action — or, as they put it, "Displej pochopitelně nejsme schopni zapnout" — but their microscope was able to ferret out the info that, unlike the Nexus One's letter-fuzzing PenTile AMOLED technology, the next-gen iPhone's display is a TFT LCD that uses in-plane switching (IPS) to improve off-angle viewing, as does Cupertino's recently released "magical and revolutionary" tablet.

In kindness to the Czech's overburdened servers, we've taken the liberty of reproducing their images of the next-gen iPhone's display, along with the displays of the iPhone 3GS, iPod touch (which, to no surprise, is identical to that of the iPhone 3GS), and the Nexus One: 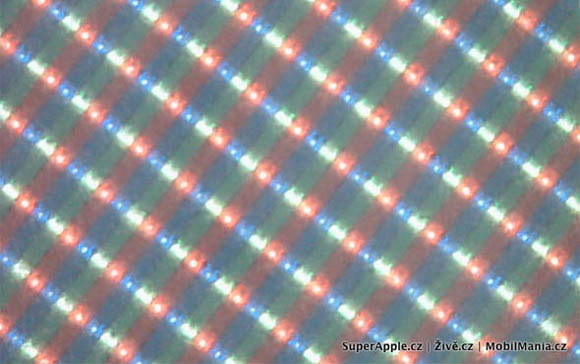 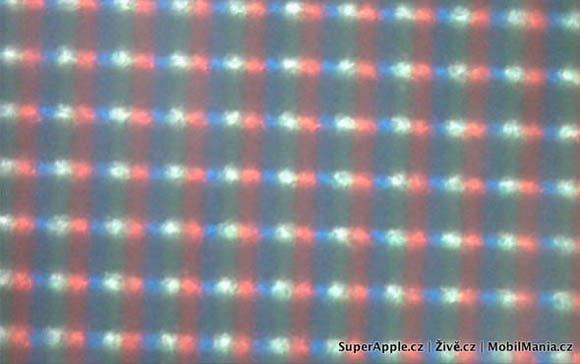 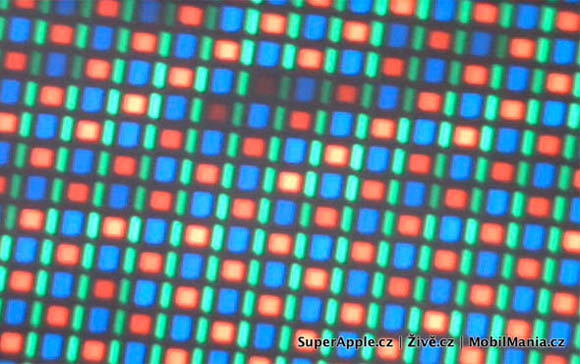 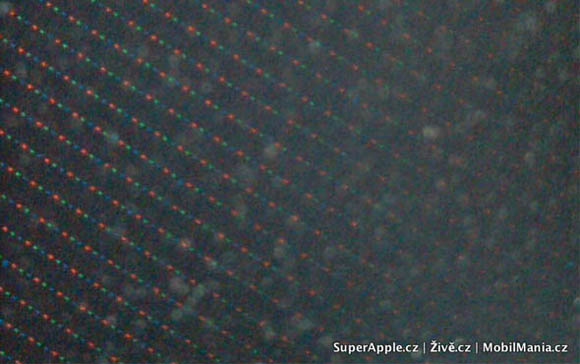 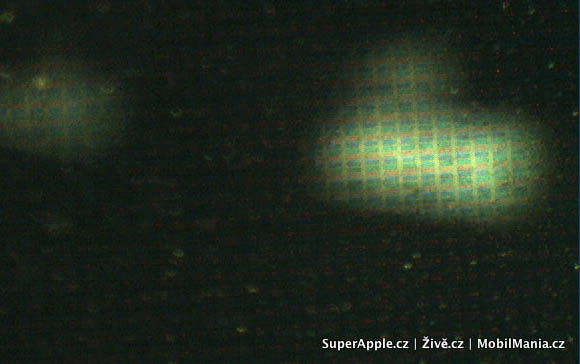 You'll notice in that last, highly magnified image that the next-gen iPhone's pixel pattern matches that of the other Apple products, and not that of the PenTile pattern used by the Nexus One's AMOLED.

Regular Reg readers will note that this article refers to the phone that Steve Jobs is 99.9 per cent certain to introduce on June 7 as the "next-generation iPhone" and not the "iPhone 4G", as we did previously. The reason is simple: it dawned on us that 4G as in fourth-generation iPhone was too easily confused with 4G as in fourth-generation wireless-broadband technology, meaning WiMAX and LTE. So until we find out its official name next Monday, "next-gen iPhone" is what it is.