The second set of controls are situated either side of the display – a small touch-sensitive section sits on the right, while left and right buttons are on the left. It’s a nice idea, but the buttons tend not to react unless pressed firmly, and the small touchpad requires very small and precise finger swipes in order to accurately move the mouse pointer.

Certainly, slim but a bit on the long side for coat pockets

With the screen having a relatively high resolution, reading small text can be tricky. Thankfully Sony includes a ‘big/small’ button (it’s probably got a more glamorous official name), which quickly switches between the native resolution and a more eye-friendly 1,280 x 600.

At half the weight of most netbooks, it won’t weigh you down

As far as connectivity goes, the VPCP11S1E isn’t left wanting. The usual 802.11n wireless, Bluetooth and Gigabit Lan are joined by an unlocked 3G mobile broadband module in the form of Qualcomm's Gobi 2000. Sony’s also managed to cram in a GPS receiver and the VPCP11S1E will even tell you in which direction you’re stumbling with its built-in electronic compass. Other goodies include an ambient light sensor that adjusts the screens brightness, SD and Memorystick slots, two USB ports and a 0.3Mp webcam. 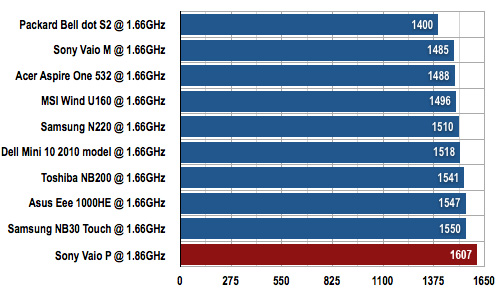 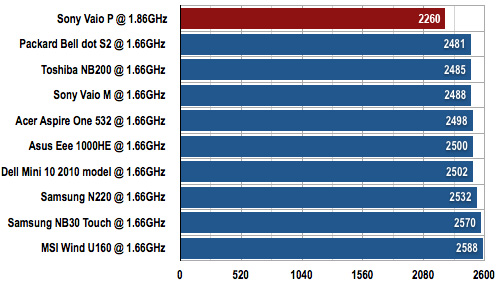 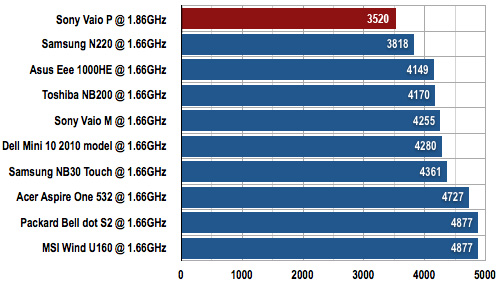 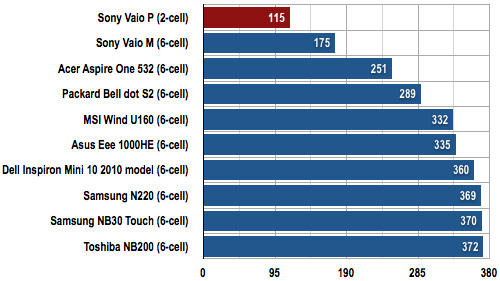 Unlike with most netbooks, which have to make do with Windows 7 Starter, Sony’s been able to instal the fully-fledged 32-bit Home Premium version. Unsurprisingly, the Atom processor occasionally finds things a bit too much and sluggish moments occur from time to time. PCMark Vantage, 3DMark Vantage and 3DMark 06 all proved too much, but it did manage to stumble its way through the entire PCMark05 suite, achieving an overall score of 1119. The HDD score of just 3520 was disappointing, though, especially considering the use of a 64GB SSD. 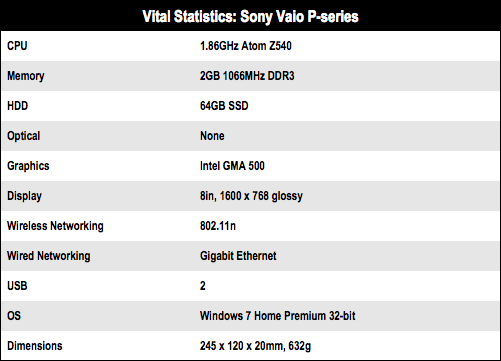