Goalkeepers like to get their excuses in first, and this new World Cup is no exception.

A new design of a ball is introduced, and even before the first kick, goalies are complaining that it dips, swerves, performs incredible yo-yo tricks… and worst of all, it's round. How is anybody supposed to get hold of that? It really should come with handles.

A Nobel Prize winning chemist now claims England wouldn't have conceded their goal against the USA if the Adidas Jabulani ball hadn't been used.

"If FIFA had stuck with the Buckyball-shaped football the England team would probably now have had three points in the bag," Professor Sir Harry Kroto told the Royal Chemistry Society.

Alas, Professor Sir Harry admits he hasn't studied the motion of the Jabulani at all - his qualification is er… using footballs to demonstrate the C60 Buckyball molecule he helped discover in 1996. So much for science being about painstaking observation. Never let that get in the way of a topical press release. 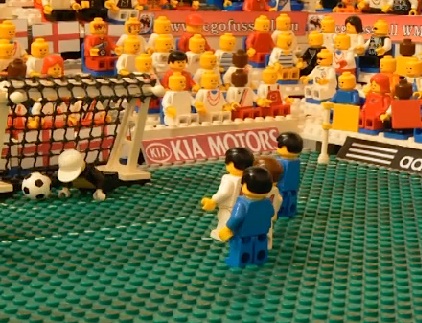 Robert Green failed to get his plastic body behind the ball

What's more interesting is that the incredible voodoo qualities attributed to the Jabulani haven't yet made themselves evident. Both Dempsey's goal against England and Forlan's against South Africa last night took strange paths - solely explicable by deflections, not immediately apparent to the commentators. And Gelson Fernandes's toe-poke against plucky North Korea swerved, but nothing a conventional ball wouldn't do.

It's all very disappointing. But I suppose now popstars do international relations, chemists now do physics on footballs they've never examined. ®

Results are rubbish on Earth, but Mars United could be undisputed champions
Bootnotes17 Aug 2022 | 54

Booting up: Footballers kick off GDPR case for 'misuse' of their performance data

Hate to break it to you, but football's not coming home if this AI pundit is to be believed

Delayed Euro 2020 championship will be won by the Czech Republic, and England will drop out in semi-finals (sounds legit)
AI + ML9 Jun 2021 | 10