The feud is finally over

Here's something you don't see very often. Veteran Detroit techno producer Jeff Mills has solved the vinyl or CD conundrum with a new "hybrid" disc that plays in both. It's a five-inch single with a CD stuck on the back.

For younger readers baffled by such arcane technical jargon, allow us to explain.

Music was once sold on read-only memory discs, which required a special player. The newer, thinner "compact discs" were incompatible with the older format, requiring people to buy a new player, and also buy their music all over again. The Jeff Mills release combines both formats - but remember, if you're putting it on a vinyl player, it's shiny side down. 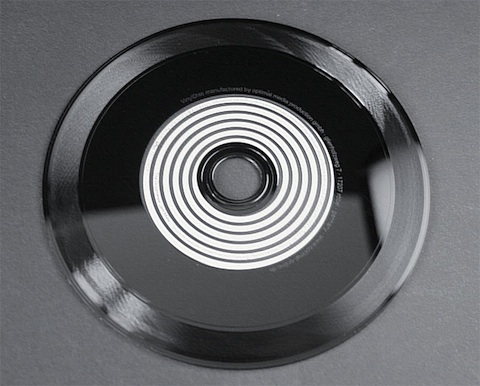 Apparently the release, available for import on Axis Records, is going for around £30.

While sales of the CD format fall, sales of its predecessor are on the rebound, due to what the Sun calls "trendy indie labels". Indeed - and you can walk out of a Rough Trade shop with a branded Rega P1 turntable for under £200.

No idea what the bit rate is, though. ®