There was only one place to be for Amiga enthusiasts this weekend: a tent at Bletchley Park. Saturday saw the unveiling of the first dedicated Amiga box for some time, in the shape an unusual and technically advanced system that maintains the Amiga's bleeding edge reputation.

The AmigaOne X1000 is a custom dual core PowerPC board with plenty of modern ports and I/O interfaces. It runs AmigaOS 4, and is supported by Hyperion, a partner in the project. The most interesting bit, though, is the use of an 500Mhz XCore co-processor, which the X1000's hardware designer describes as a descendant of the transputer - once the great hope of British silicon. 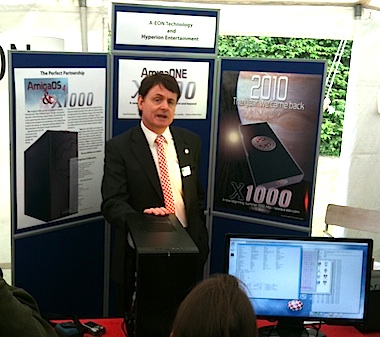 Trevor Dickinson: over 150 Amigas at home

The XCore allows fine-grained parallel processing and the equivalent of 256 loosely coupled cores. At least eight threads are available at any one time.

The Amiga brought multitasking to personal computing, and when it first appeared in 1985 it made the rest of the market, including Apple's much vaunted Macintosh, look like overpriced toys. Commodore made its last Amiga in 1994. Various companies have rolled out PPC boards compatible with AmigaOS, since the last update in 2006, but this is the first new box for some time.

Long-time Amiga enthusiast Trevor Dickinson, director of the company set up to create the X1000, A-Eon, said the team hadn't set a price for the box, but suggested it would be "North of £1,500", hopefully allowing the company to make something to reinvest. The X1000 should future proof the AmigaOS for some time.

The event took place at Britain's first Vintage Computer Fair (report to follow) in a tent sponsored by the Amiga enthusiast groups. These seem to be as busy as ever: the AmigaOS looks terrific, and ports of FireFox and OpenOffice are close to bearing fruit. 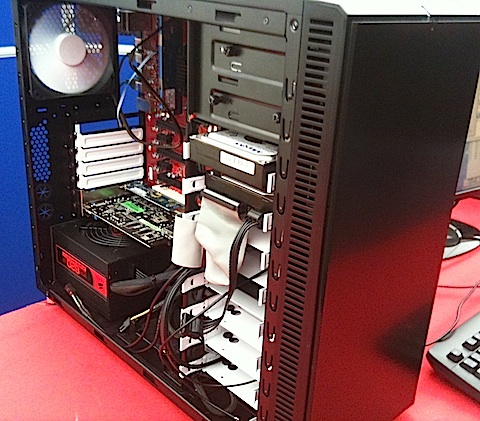 The box also houses an ATI Radeon R700 graphics card, 10 USB ports, four PCIe and two PCI slots, besides much else. A recent interview with Dickinson here provides a good history of the project, and more pics. ®

Before you all write in at once, yes - the original Amiga could house a transputer board.

Residents in westernmost municipality of Solund praise new mobile coverage, but others have been left behind
Networks1 Dec 2022 | 8

Why not recruit mature folk from outside industry? Why not keep experience in place for longer
Offbeat1 Dec 2022 | 84