Nokia is to launch a lavish "alternative reality" promotion in partnership with Heroes creator Tim Kring.

The phone giant touts 'Conspiracy For Good' as a "multi platform narrative" that's "an immersive experience" - users will be able to play free online games but these blur with real life events, staged and paid for by Nokia.

It's all the brainchild of Nokia's answer to Steve Jobs, designated visionary VP Tero Ojanperä, and is designed to show off Nokia's devices and services.

Conspiracy for Good pits an eponymous eco-friendly NGO against a fictitious multinational not-so-loosely based on the US military contractor Blackwater (now Xe), here called Blackwell Briggs. 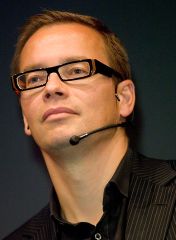 Nokia confirmed that the real-world events will be a sort of Dungeons and Dragons, but with eco-warrior Jemimas and Sheherazades instead of Medieval Knights, and with recycling pamphlets instead of swords.

Well, we're all for people experimenting with participatory, immersive storytelling, but there are a few issues that Nokia may not have anticipated. And some of these may be quite problematic.

The launch hit an immediate snag yesterday, with the site overrun by followers of David Icke and New Agers - the Mandala of Interconnectedness got itself a nice plug. After we pointed these out to Nokia, these have since been removed. But that's not the start of it.

The most obvious problem is when a large multinational gets all anti-capitalist on us. Some might call this patronising. It's certainly a little hypocritical.

And there are parallels with when governments fund specific groups to lobby it - creating a sealed feedback loop, a short-circuit of democracy. (The EU sponsors professional environmental lobby groups to the tune of tens of millions of Euros - Greenpeace, to its credit, is one of very few to refuse the funding.) 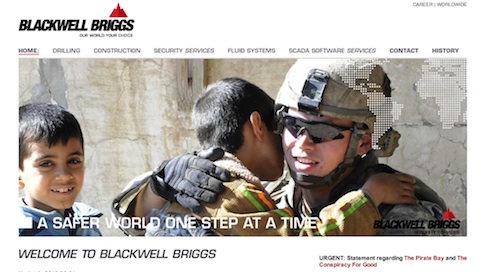 And there are some specific problems with the political slant of this Nokia project, because of its oddly narrow ideological worldview. At Conspiracy For Good we're invited to "join like-minded thinkers, artists, musicians and causes, creating a unified voice to fight for social and environmental justice. "

The proposition we are expected to agree with here is that what people in developing countries need most is charity, not investment - and so they sit around all day waiting for "do good" types to fly in and patronise them, giving them lectures about their carbon footprints. It's implicity anti-development.

If you're going to get political about economic development, why not listen to other activists who argue that trade barriers keeping developing countries poor should be lifted. The USA and EU have strict import regulations that effectively keep potential exporting nations poor. Such arguments don't get a look-in here - we're all at one with Swampy.

And this is probably the biggest drawback of the concept. In Curtis' It Felt Like A Kiss, you really didn't know what was going to happen next. But here, no such ambiguities exist. With its simplistic notion of 'good' and 'evil', it isn't likely to appeal to a narrow ideological segment. The rest of us might find it all abit patronising.

We've put some of these questions to Nokia and Tim Kring, and will let you know when we get a reply. ®

Tero is a member of the WEF's Young Global Leaders club. Members swear the YGL Global Business Oath, committing them to "explicitly recognizing that the ultimate purpose of management is to serve society by bringing together people and resources to create sustainable and inclusive prosperity."