PCMark Vantage returned an index of 5940, which isn’t that impressive. Putting it against the six Mini Desktop PCs Reg Hardware tested in April, it comes in third. If you break the indexes down, there’s not a lot of variance within the categories that make up the overall index, either. 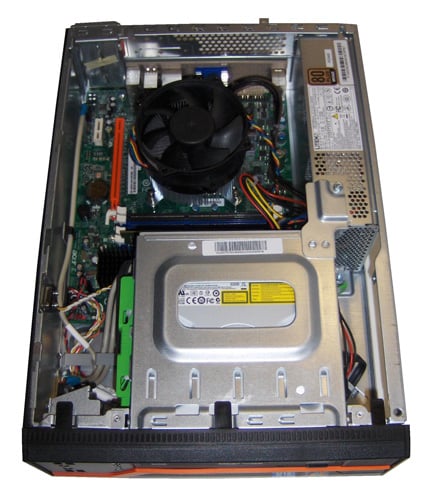 Well-organised internals and cool-running Core i3

It comes second in Memories and TV and Movies, giving some credence to Gateway’s assertion it should be good with multimedia, but it’s HD performance isn’t exciting, coming last among those mini PCs that use 3.5-inch drives. Looking at overall bang for buck, though, the Gateway machine is quite a bit cheaper than many in that group, though not than the winning Viewsonic PC Mini 132. 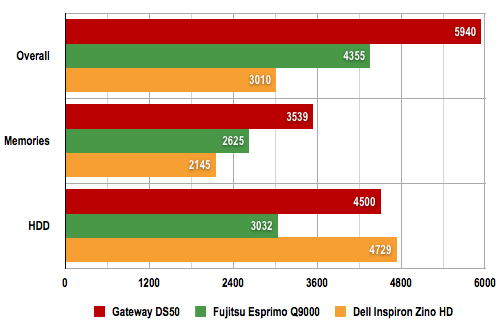 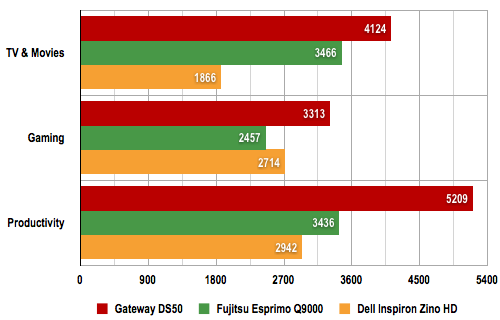 The CPU result is interesting if you look at the number of threads each processor offers. The 12-thread Opteron result is 1.6 times greater than from the 8-thread Core i7, which is in turn 2.2 times faster than the 4-thread Core i3 in the DS50. The performance ratios aren’t too far off the ratio of threads. Even so, the OpenGL performance doesn’t suggest the DS50 is an ideal tool for 3D rendering, though its 2D video performance could make it a useful, low-cost video-editing platform. 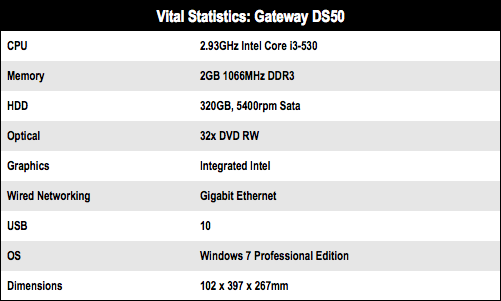 Updated Plus: Getting over the Build hangover with new Windows 10 preview, UK Azure services, and more

Just look at Q! Watch out Microsoft, the next Android has a proper desktop PC mode

Europe's home PC buyers reach for their collective smartphone, sigh: We don't need a new desktop. This is a computer, right?