The 3G coverage picture that can't be published

3G coverage is increasingly important now, with mobile broadband dongles affordable and ubiquitous, and thanks to the iPhone, mobile users are increasingly using data-rich applications. As the ASA's judgement noted, they'd love to resolve such disputes on empirical evidence, but can't:

"We understood that Ofcom conducted its own 3G population coverage modelling, based on information from the operators about the location of their 3G transmitters, in order to establish whether each of the 3G networks had met the minimum threshold of coverage required to meet the obligations of the 3G licence.

"We also understood that although Ofcom publicly consulted on the methodology they would use to measure 3G population coverage, it did not publish the specific findings on the population coverage achieved by each of those networks."

Ofcom published a 3G map of the UK, and that's thanks to the persistence of former business journalist Simon Fluendy, acting in his capacity as a civilian. The regulator initially told Simon to sod off, throwing two regulations back at him. But look how useful the map really is in practice: 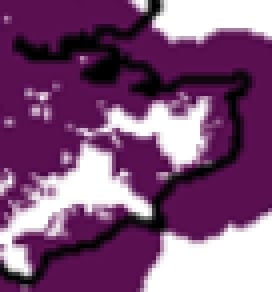 As many of you know, Ofcom already has a mine of information in searchable database form. What it's refusing to do is make that data graphical. It literally won't draw a picture.

While the operators may (or may not) offer individual coverage maps of varying degrees of quality and consistency, Ofcom's refusal to think of things from the customer's point of view means we lack the information that allows us to make comparisons useful - and that would such stop such claims being made in the first place.

I'm reliably informed that Ofcom's strategy to survive the Tories is to reposition themselves as a "consumer focused" agency. We suggest this would be a start. ®