Stealth snoop boat to lurk around buccaneers' back doors

International naval forces battling piracy in the lawless seas off the Horn of Africa are to be joined for the first time by a submarine. A single Dutch Walrus-class boat will operate in the area from September to November this year as part of NATO's Operation Ocean Shield taskforce. 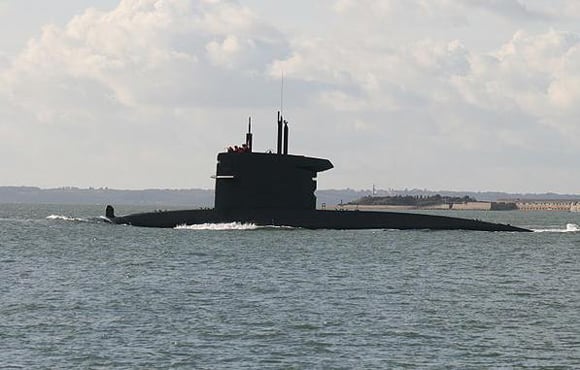 They don't like being the Royal Netherlands Navy. But there's only one Royal Navy, and they're not it

According to a NATO statement issued yesterday, Holland agreed to assign one of its four submarines following a request from Alliance military officials. The statement goes on to say:

The submarine will be used to monitor communication between pirate vessels and their warlords on shore, helping to curtail the hijacking of commercial ships for ransoms worth millions in US dollars.

This will be the first submarine to contribute to NATO’s anti-piracy mission “Operation Ocean Shield” off the horn of Africa. As one of four Walrus-class submarines belonging to the Royal Netherlands Navy, it is one of the most modern non-nuclear submarines. Built with stealth technologies, it is very difficult to detect – even by other submarines – and can remain submerged for long periods.

The various international naval taskforces operating in the Gulf of Aden and adjacent parts of the Indian Ocean have thus far been composed of surface warships only.

Holland's Walrus-class submarines use diesel-electric propulsion rather than the nuclear powerplants universal in the US and British submarine fleets. This means that when fully submerged they must run on battery power, reducing them to a crawl (a short sprint at speeds approaching those of merchant shipping can be managed, but this will drain the batteries in half an hour or less). In order to move faster than a few knots, such a sub must come to the surface: though batteries can be recharged moving a little faster at periscope depth by the use of a "snorkel" or "snort" air-intake mast to run the diesels underwater.

These limitations mean that diesel-electric subs struggle to have major effect in open-ocean warfare, where they have difficulties in getting close to a moving target without giving their presence away. However their electric drive is extremely quiet in operation, meaning that they were hard to find when fully submerged using the passive (listening-only) sonar tactics of yesteryear. If such a boat had managed to get into the path of an opposition ship or fleet without putting up masts and so popping up on radar, it could have been dangerous during the brief period before its batteries were exhausted.

The scope for open-ocean war against fully equipped enemies has been largely nil for twenty years now, however, and advanced navies are shifting to the use of low-frequency active pinging sonars that would sniff out a Walrus-class anyway. The Dutch submarines will probably never again be much in demand for their torpedo tubes and multiple arrays of cunning passive sonar, as they were back in the 1980s.

So why did NATO ask specifically for a Walrus boat, rather than a nuclear one able to stay down for months going as fast - or faster than - a surface ship the whole time?

The answer is that a small conventional boat (a Walrus class displaces 2800 tons submerged compared to a new British Astute boat's 7,800) can covertly get into much shallower waters than a massive nuclear-powered one can. This means that its electronic support measures (ESM, that is the comms and radar detection/interception gear) mast can get a lot closer to signals to and from the shore - and, perhaps, to and from captured ships anchored close in.

The Dutch submariners are already known to have done a lot of useful sneaky work off the Balkans in the 1990s, and it seems that they are now being recalled for more of the same off Somalia.

Much though the recent brouhaha in the Western media over Somali pirates has largely died down, the region's buccaneers haven't gone away (nor did they spring up suddenly in recent times - the Gulf of Aden has been a piracy hotspot time out of mind). The MV Golden Blessing, a 14,000-ton chemical tanker registered out of Singapore, was seized two days ago: a responding German frigate is "monitoring the situation", but based on past experience a ransom payment is now much more likely than a forcible recapture.

According to the International Maritime Bureau there were four other unsuccessful pirate attacks in the region during the preceding week. One was repelled by gunfire from an armed security team aboard the target vessel: the other merchant skippers managed to evade their pursuers by use of non-deadly means. ®

Secret mic in Nest gear wasn't supposed to be a secret, says Google, we just forgot to tell anyone