Review Let's be honest here, what really makes the the iPhone 4 stand out is its new 'Retina Display'.

Yes, Apple has crammed in some other new features too - gyroscopes, extra microphones, video calling, better Wi-Fi, multi-tasking and yet more megapixels for the camera - but these alone don't raise the iPhone 4 above the shoulders of its peers.

The screen, though, surely does.

You'll know the specs: 3.5in in the diagonal, just like the one on all previous iPhones, but now with a 960 x 640 resolution for a quadrupled pixel count and dots so fine the human eye can barely spot one from t'other, according to Apple.

Well, not quite. Stick your nose right up to the screen and you can just distinguish the pixel grid. But who holds a handset as close as that to their eyes? Technically, Apple might be exaggerating, but in practice, it's right. 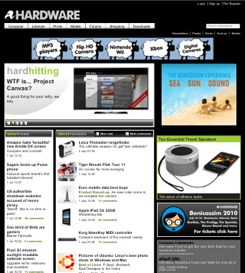 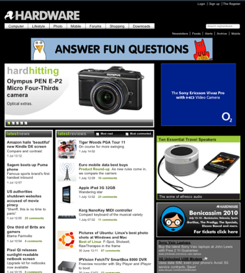 Screen Test: Click to see the 3GS (left) and 4 grabs at full resolution

What you do see, holding the iPhone normally, is an incredibly crisp, print-clear picture that makes the old, 480 x 320 display on the year-old iPhone 3GS seem fuzzy by comparison. Icons, web pages, text, photos, movies - even standard definition ones, which have to be upscaled even when they don't completely fill the screen - look sensationally sharp.

Without a doubt, this is the best screen on a mobile phone.