Web 2.0 to bring about world peace

By 2020, personal social relations will be have been transformed for the better, thanks to the magic of Web 2.0. So says a survey of American 'thought leaders' conducted by private liberal arts college Elon and pollster Pew.

85 per cent of people surveyed for The Future of Social Relations by Janna Quitney Anderson and Lee Rainee agreed that "email, social networks, and other online tools offer ‘low‐friction’ opportunities to create, enhance, and rediscover social ties that make a difference in people’s lives". Only 12 per cent thought the overall effect of Web2.0rrhea was negative.

That's good news - and World Peace can't be far behind.

But then the survey asked 850 people, many of whom were responsible for hyping Web 2.0 in the first place, and most have a vested interest in the outcome. The pollsters cast their net far and wide, and found Esther Dyson, Jeff Jarvis, Ross Mayfield, Craig Newmark, Howard Rheingold, David 'Doc' Searls, Dan Gillmor, Clay Shirky, "futurist and blogger" Stowe Boyd, and a few WiReD staff. Of the rest, you can safely guess that they get excited about TED Conferences and Malcolm Gladwell books. This homogeneity of belief doesn't seem to strike the pollsters as odd in any way. It's yet another thing to gawp at in slack-jawed amazement. 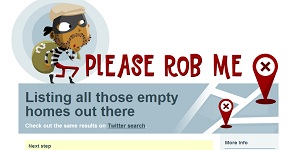 "While many respondents are at the pinnacle of Internet leadership, some of the survey respondents are 'working in the trenches' of building the web... They are not necessarily opinion leaders for their industries or well‐known futurists, but it is striking how much their views were distributed in ways that paralleled those who are celebrated in the technology field."

Well, not really so remarkable, when you consider whose fingers are in which pies. And reading on, we discover the pollsters admit that it was self-selecting, and "so does not yield a random, representative sample".

Even by its own standards as a self-appointed therapist to the nation, this is a remarkably silly Pew survey. Listening to the samples of deep thoughts from this shower, you marvel at how humans ever achieved the Enlightenment or democracy without Facebook. There are one or two rational voices, but they're swept under the carpet.

Nick Carr was polled, but isn't quoted in the executive summary. ®

Chinese database details 2.4 million influential people, their kids, addresses, and how to press their buttons

Roundup Also: Stable Edge for all (staffers) and setting a good example with regard to coronavirus

Microsoft has Windows 1.0 retrogasm: Remember when Windows ran in kilobytes, not gigabytes?

Redmond fires up the Delorean and heads back to simpler times

Oh, she also took 'industry-leading role in AI' and found someone to replace her

Roundup Standby for a 'we woz haxx0ed' email from one of these sites this week...