Confusion over 'secret code' in US military Cyberforce crest

Online puzzle fiends are struggling to crack a "secret" cryptogram included in the newly-formed US military cyber command's official seal. Most of the confusion arises from an extra hyphen in the Command official mission statement. 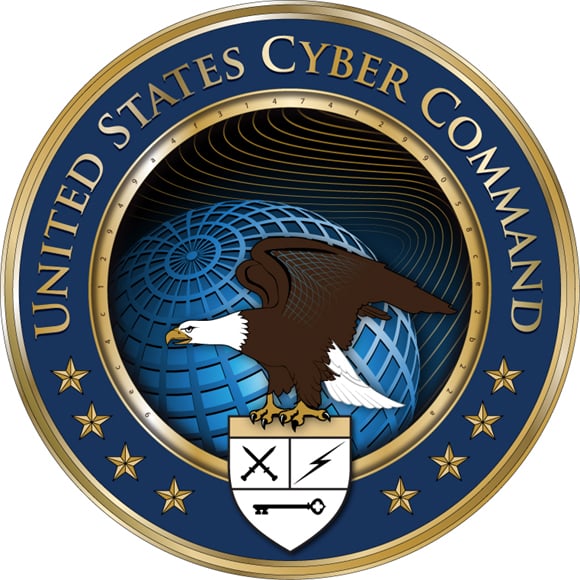 As can be seen in the image above, the Cyber Command seal's inner golden ring has the legend 9ec4c12949a4f31474f299058ce2b22a inscribed on it. This has been discussed online for some time, but Wired was the first media channel to notice it this week. The mag's online defence blog is offering a free T-shirt or a ticket to the International Spy Museum to the first person to crack the "code".

In fact the string of characters is merely an MD5 hash of the Command's mission statement:

USCYBERCOM plans, coordinates, integrates, synchronizes and conducts activities to: direct the operations and defense of specified Department of Defense information networks and; prepare to, and when directed, conduct full spectrum military cyberspace operations in order to enable actions in all domains, ensure US/Allied freedom of action in cyberspace and deny the same to our adversaries.

Provided that this is entered correctly into a hash generator, the Cyber Command seal string is produced. That appears to be all there is to it - a reasonably technically literate effort in the context of US military heraldry, but scarcely much of a puzzle.

Some confusion has been caused by the fact that US Strategic Command, in charge of USCYBERCOM, offers a slightly altered mission statement - with a superfluous hyphen in "full spectrum".

We certainly aren't the first to notice this, and anyway we prefer our Vulture T-shirts here, so we'll leave the Wired competition glory to someone else. ®