As if to dispell all doubt that innovation is alive and well in Redmond, Microsoft has filed a patent application for – wait for it – the "Virtual Page Turn".

Yes, with filing number 20100175018 at the US Patent and Trademark Office, Microsoft is seeking to patent the animation of a page-flip when a user makes the appropriate gesture on an ebook's touchscreen. As the filing reads:

A page-turning gesture directed to a displayed page is recognized. Responsive to such recognition, a virtual page turn is displayed on the touch display... The virtual page turn curls a lifted portion of the page to progressively reveal a back side of the page while progressively revealing a front side of a subsequent page... A page-flipping gesture quickly flips two or more pages.

And that's about it. It's essentially the animation you've seen if you've ever used, say, Apple's iBooks for the iPad and iPhone, or Kindle on a touchscreen device, Stanza on the iPhone, Aldiko on an Android device, and presumably others The Reg hasn't played with. 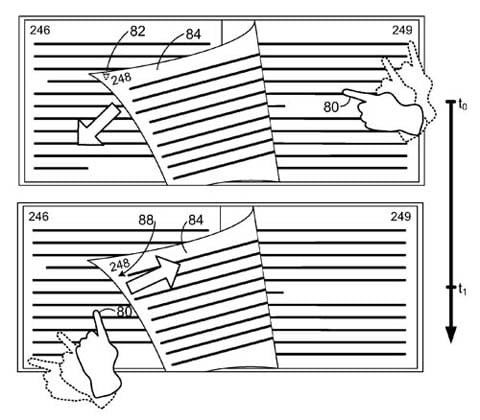 To be fair, the filing does include one breakthough we haven't yet seen in an ebook reader: the ability to turn a pile-o-pages with one gesture. Microsoft envisions the ability to flip through multiple pages by dragging your finger down the right margin. "Furthermore, the relationship between the speed of the gesture and the resulting speed of the page flipping can be linear, exponential, or any other suitable relationship," the filing notes. 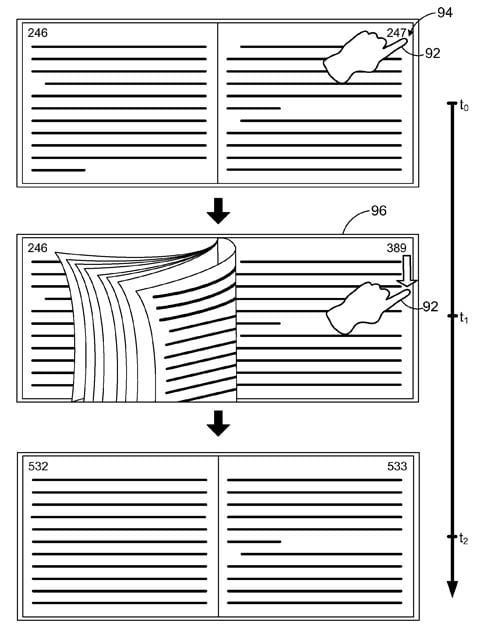 The patent application, which was originally filed in January 2009 but published only Thursday, may have been an outgrowth of Microsoft's work on its Courier foldable tablet, which Redmond killed this April. At its death, Microsoft communications VP Frank Shaw said: "At any given time, we're looking at new ideas, investigating, testing, incubating them."

If a "Virtual Page Turn" is an example of a "new idea" coming out of Redmond, the Ballmer years are not turning out to be the most innovative of Microsoft's 35-year history. 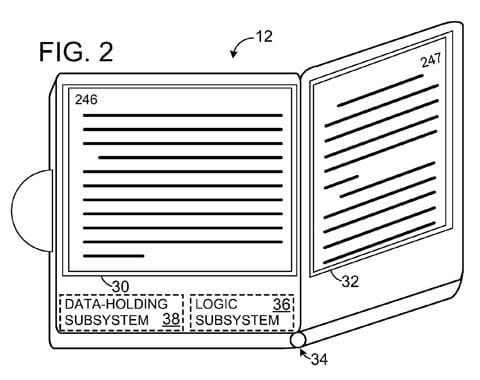 There is, of course, a faint possibility that if this patent is granted, that Microsoft could stir up some licensing trouble for Apple, Amazon, and others who have page-turning animations in their apps, but such actions seem unlikely. ®

We would be remiss if we didn't credit Microsoft with one intriguing detail in the 11-page patent application. In discussing input methods, the filing notes that "sources other than fingers may be used to execute a page-turning gesture." We'll simply leave the implications of that capability to your imagination.