Some kind of monster?

Naturally enough the cooling of the system raises a few questions, but Cyberpower has things covered. The Ultra Scylla uses a total of eight fans to keep the air moving through the system. Going up in size there’s the fan on the graphics card, a 120mm fan at the rear of the case, another 120mm fan on the CPU cooler, two 120mm fans at the front of the case, a 135mm fan in the power supply, a 170mm fan at the top of the case and a colossal 200mmx230mm fan in the side panel.

Although the fans are relatively quiet individually they add up to make an appreciable amount of noise. That’s quite tolerable but I found the way that the four fans on the front, top and side were illuminated with red LEDs was nothing short of irritating. 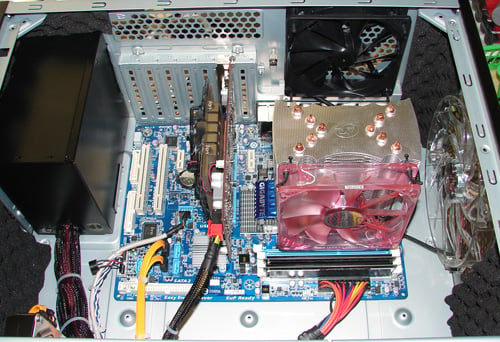 Fans abound within the case 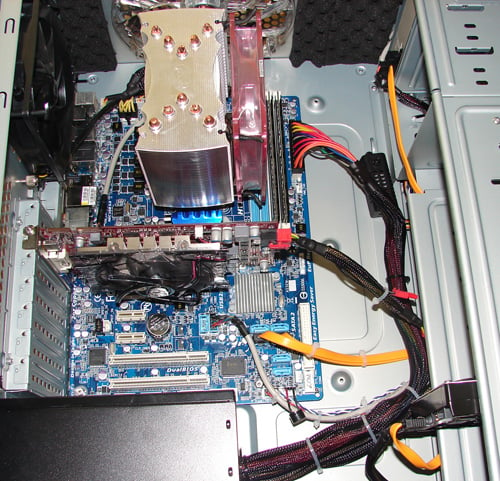 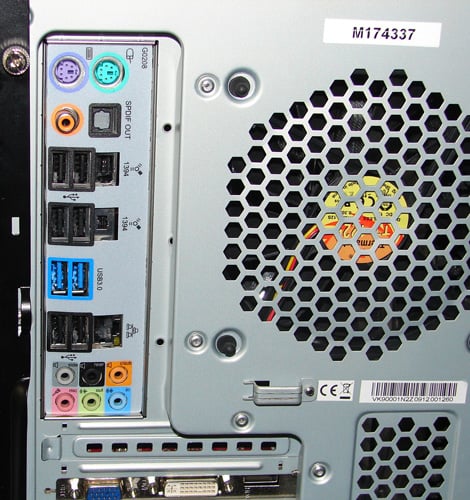 No shortage of ports

You can see from my photos inside the case that the Power Color Radeon HD 5770 graphics card is pretty much dwarfed by the Xtremegear 120 CPU cooler. You can also see that Cyberpower has made a neat job of the cabling inside the case although you can expect to have to cut a couple of cable ties to free up a connector or two when the time comes for an upgrade.