Review Reg Hardware has covered plenty of solid-state disks before, but never anything to match the capacity of Kingston’s latest high density SSD. Back in January, Kingston announced the SSDNow V+ series, the higher spec members of its family of “value” drives with capacities ranging from 64GB to 512GB. 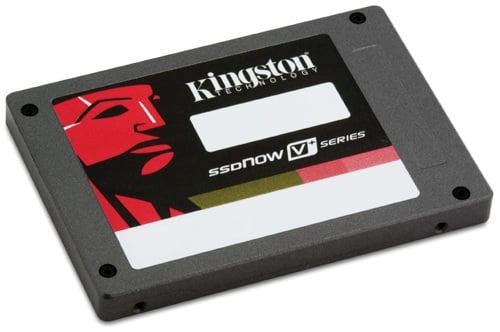 Targeted at “high-level" consumers, the SSDNow V+ line promises sequential read speeds of up to 230MB/s and sequential write speeds of up to 180MB/s. Kingston utilises the laptop-friendly 2.5in small form-factor and adds support for TRIM in compatible operating systems.

The kit tested in this review is the “desktop upgrade” edition, which includes a USB 2.0 enclosure to help you clone your old drive onto this £1200-odd SSD - yes, that's how much Kingston wants for this boy.

Until recently, SSDs were nothing more than a curiosity to the average Joe thanks to their low storage capacity and high prices. Whilst lower capacity - think 40, 64 and 128GB - drives are now becoming more affordable, they are useful merely as boot drives which allow the user to enhance their computing experience with faster start-up times and reduced application load times. 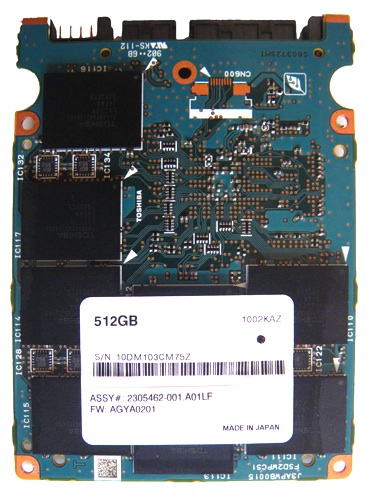 On one side, some of the 16 32GB Toshiba Flash chips

Many people find such capacities to be restrictive, or can't fit a second hard disk - they use a notebook, for example. Laptop owners likewise can't make use of high-capacity SSDs formed by fitting two or more lesser SSDs in RAID configuration within a 3.5in disk housing.