With two 64-Bit Windows 7 installs on my test rig, I measured the time from selection in the Windows bootloader to a functional desktop. Using the SSD, this resulted in a boot 33 seconds faster - a 69 per cent reduction in boot time! Not only did boot time reduce, but shutdowns became near instantaneous with a 73 per cent time reduction. 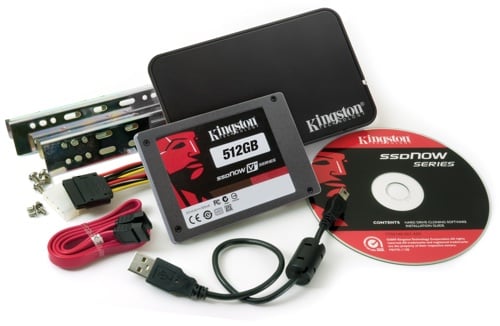 The drive comes with all the accessories you need

As it would naturally be assumed, file transfers within the SSD are also blazingly fast. Those who repeatedly move large numbers of small files in the 2-10MB range should be expecting a time reduction in the region of 83 per cent.