Sony has announced the interchangeable-lens camcorder it revealed earlier this year as a concept it had in development.

And still is in development, presumably, since the Handycam NEX-VG10E isn't going to go on sale until the end of September. 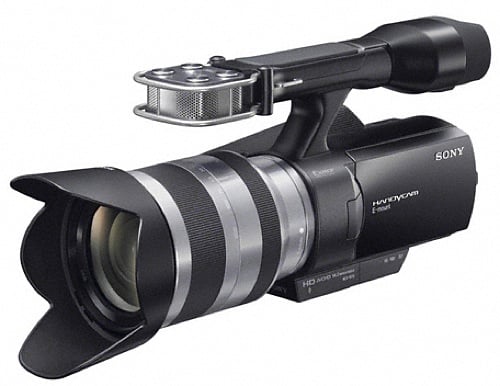 When it does, it will be a machine with a 14.6Mp CMOS sensor capable of recording 1080i footage at bitrates of up to 24Mb/s. It records onto SD, SDHC and SDXC memory cards - Memory Stick too - in AVCHD format.

As we say, the lens can be replaced, but the NEX-VG10E will come with a E18-200mm (F3.5-6.3) lens with optical image stabilisation and an 11x optical zoom. The Zoom has a ring control, as does the manual focus.

The whole lot weighs 1.3kg, so it's not really for the 'palm and pan' brigade. ®