Small, neat and cheap to buy

Review Brother has a wealth of all-in-ones looking much like the MFC-490CW. The gently curved upper surface makes it look slightly old, though this is mitigated by the widescreen LCD, which allows for a photo thumbnail and a menu to be displayed side by side.

The controls are well laid out, and the front lip of the machine contains two memory card slots and a PictBridge port. The four ink cartridges plug in at the front, to the right of the paper tray, which includes a 20-sheet photo tray in its top, though you have to remove the whole cassette to move the photo tray into position for printing. 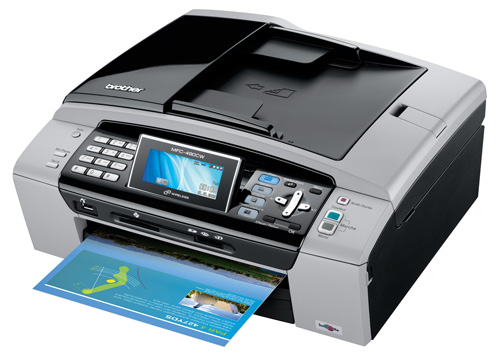 It’s hard to believe Brother can claim speeds of 33ppm for black and 22ppm in colour, even in draft mode. I saw speeds no faster than 3ppm and 2.8ppm in normal mode, and the black speed is the slowest in the group. The colour speed only beats the Kodak and is well behind the other four. A photo print took 103s, nearly 30s slower than any other machine, and a colour photocopy took 42s.

Print quality is adequate, but hardly sparkling. Black text is fair, but colour graphics on plain paper are pale and insipid. This is worse when you copy a colour print. Photo prints are bright and smooth, though there’s little point in using ‘Highest’ quality, which is slow, over normal ‘Photo’ quality.

Running costs are high, with a black page costing 4.2p, with only the Canon higher, and 13.5p in colour, 1.6p per page higher than any other machine in the group.

Small, neat and cheap to buy - but also slow and very expensive to run. ® 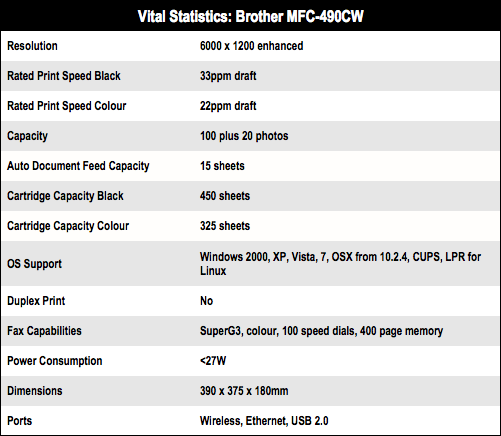