Too many corners cut?

Review Although a late arrival at the inkjet printer ball, Kodak’s wealth of photographic and imaging knowledge has helped carve it a clever niche in the market. Its current advertising run, stressing the low cost of running its machines, shows where it’s aiming. 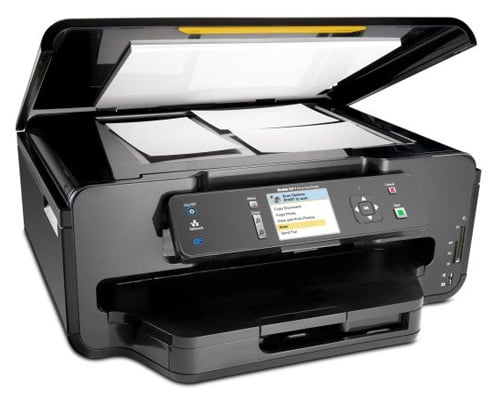 All the machines in the ESP range use the same print engine, which employs one cartridge for black text, and another with CMYK inks and a transparent cover layer. By keeping the cost of these components down, Kodak fulfils its low-cost claims. I calculate a black page at 1.7p and a colour one at 5.5p, both the lowest in their respective categories.

With running costs out of the way, how does the rest of the machine pan out? Its black case, with flat front and hinged control panel, lack a couple of the things most of the other machines have. There’s no ADF, so only single-page copies are possible, and there’s no fax. The control panel looks a bit empty without a numeric pad, though it does leave plenty of room for the 76mm OLED display.

Duplex print is supported and is relatively quicker than most, but only in comparison with the slow single-sided speeds of 5.0ppm for black and 2.0ppm for colour – the colour figure is the slowest in the group.

Print quality is generally good, with crisp black text, slightly mottled colour graphics and natural, well-coloured photos. This is another noisy printer, with measured peaks of 68dBA, and Kodak takes back some of its low consumables cost by reducing the feature set of the printer.

The Kodak delivers running costs, but with no ADF or fax capability, it doesn't stand up so well against those that do. Overall, this makes it a poor-value offering. ® 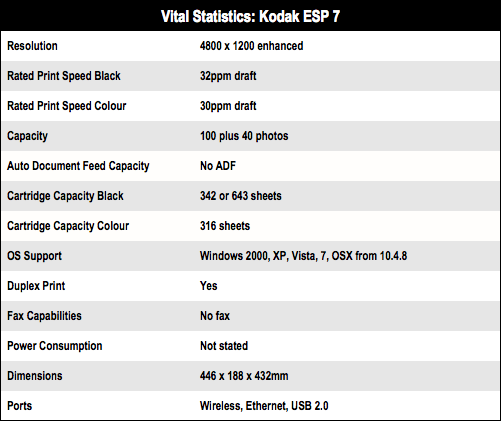 A low-cost but relatively limited all-in-one with no document feeder or fax capability.
Price: £130 RRP