Review Five years after its original release, the Xbox 360 finally receives its long expected 'slim' overhaul. Just don't tell Microsoft I called it that. The company’s reluctance to use the 's' word is understandable. Sony used it to distinguish versions of its PS2 and PS3 consoles. 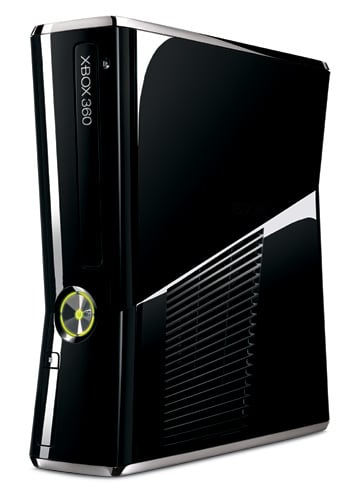 Also, further diversification of the Xbox 360 brand could introduce customer confusion over compatibility with Kinect motion-sensing interactivity – consequently, Microsoft is choosing instead to discontinue all other Xbox models. Most importantly, the s-word is somewhat inappropriate for a refresh that not only squeezes every indispensable feature into a smaller form, but adds some major improvements too.

Whether aesthetics are improved depends entirely on taste - one man's J-Lo will always be another man's SuBo. The original was an attractive, albeit safe, console design, whose only fash-paux was to choose off-white matt when all the technonistas of the HDTV world were going for the black piano-finish.

It's no surprise the new console arrives every bit the dust-and-finger-print-loving, miniature Steinway your HDTV always yearned for. But while its glossy black finish and chrome accents are the perfect complement, its flimsy casing isn't. Gripped in-hand the plastic flexes under modest pressure. And I'd guess a relatively small impact would crack it - nowhere more so than at the vent grilles top and bottom, and at the right-hand side, under which is the console's new (and only) 5in fan. 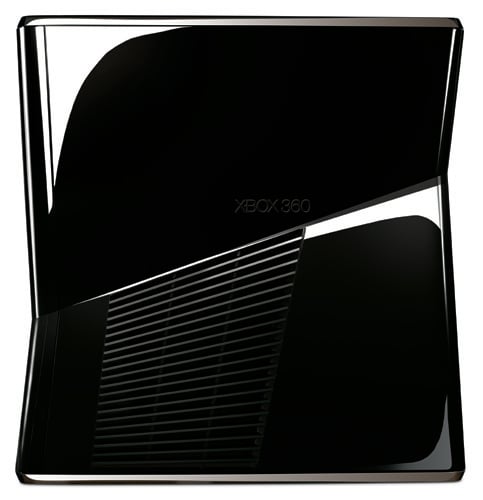 Just one fan is used in the new console, but overheating issues should be a thing of the past

No one buys a console to stroke or squeeze it – at least, I hope not. And a few feet away, tucked beside a TV, its sharp contours and pinched crease look more contemporary than its older sibling's curves, and far more attractive than my George Foreman Grill, PS3 Slim.