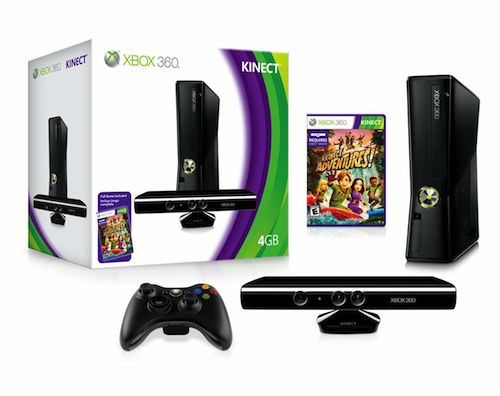 The two products are bundled along with Kinect Adventures, a games show case for Kinect's capabilities, for £249.99 and they go on sale on August 20.

About Fifteen Kinect-friendly games will be available at UK launch, retailing at £39.99.

Kinect is not just for games, Microsoft says. You can start a movie by saying "Xbox, play" and browse music lists by waving a hand. XBox Live Gold subscribers can wave hello to each other using Video Kinect.