Rescuing Nokia? A former exec has a radical plan

The Risku Manifesto - now in English

The root of Nokia's problems

“I would say that the highest abstraction level of the problem is that there are incompetent people managing, ordering or directing things.”

“The last job I had at Nokia was head of innovation and ‘concepting’ – how to get ideas from concept into real products. I had about 5,000 innovations in front of me – a huge portfolio. And many, about 500, were very good – there were some very ‘killer’ ideas.

“But there’s a huge approval process. We call it the ‘best approval process on Earth’, because everybody can say something about a concept. We saw competitors realising the same concepts, but realising them better. We became very disappointed. Even Samsung now has better innovations – they’re minor, but they’re very good ones. They’re innovations we’ve had on our tables for years. 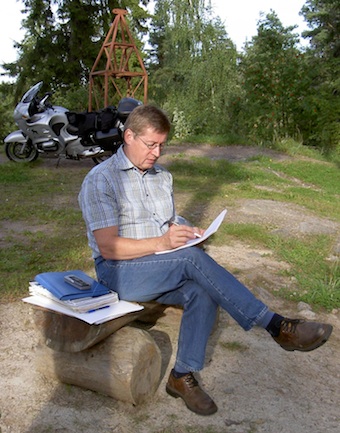 “Nokia Research Center is very competent indeed. There are 500 persons there, and they are creating stuff all the time. Many years ago they had things running in competitors phones not ours.

“One example is Self-organising Maps (SOM). It was invented by a Finnish Professor, Teuvo Kohonen, but no product ever came out. It is now used in many other applications.

“3D is very nice. Nokia Research had proposed two levels of 3D: what you might call stereoscopic photographs, images in 3D; and a 3D display which would set up icons on your screen in 3D without any special glasses. Nokia Research had done a good job, but managers weren’t interested. But the 3D UI is already in Samsung’s phones.

“There were many other examples such as nanotechnology, visualisation, sensors, touch, gestures, all ready to be implemented – but while Tero Ojanperä was CTO (2005-2006) and competitors were creating their own strategies, none of these were developed or implemented.

Incredibly, Nokia has yet to bring to market a phone with integrated NFC (Near Field Communications), which enables electronic payments and access - despite years of research and a promise six years ago that every Nokia would have NFC.

“When incompetent people are managing the chain, they have the mandate but don't have that courage. Even when we bring something to market, we're always developing versions from 1.0 to 1.2, but not to version 3 or 4.”

“I have an E71 business phone, and I noticed that when the phone was locked it popped up a dialog that obscured the notifications. I asked, ‘Can you make it 5mm smaller, please?’. They investigated the code in the phone and said ‘We can’t find the piece of code that could shift it up 5mm.’ They said, ‘There’s 20 million lines of code in the phone – it’s impossible.’”

Elsewhere, Risku explains, the executives responsible for the Ovi strategy – and he supports the potential of services - didn’t know what was going on.

Next page: Going to market
Page: