Before the iPad, there was the Newton

This Old Box If any old-tech devotees are more rabid than Amiga amigos, the Newtonians are. So, for those lovers of Apple's pioneering handheld, here's an up-close-and-personal visual caressing of the Newton MessagePad 120, circa 1995.

The MessagePad 120 had the longest lifespan of any device based on Apple's Newton platform: from its October 1994 release in Germany (January 1995 in the US) until June 1996. The 120 thus deserves the respect of those of us who remember that exceptional platform, one that improved over time — but not enough to overcome its rough beginnings

The 120 was also the first MessagePad to be upgraded to Newton OS 2.0 (up from 1.3), in late 1995. This significant improvement over the first OS's iterations was sadly ignored by most of the gadget-buying populace, whose minds had already been made up by the media Scheiße-storm over the shortcomings of the original Newton OS. 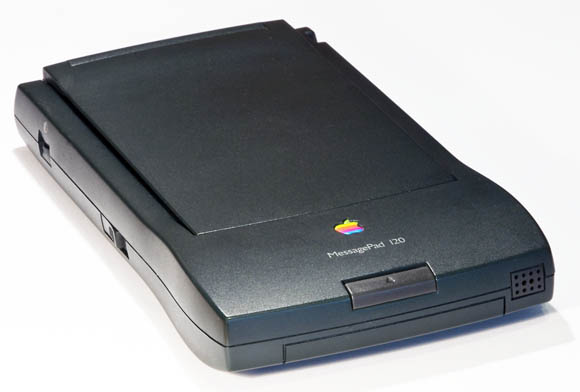 All in all, the Newton platform made it through seven Apple hardware iterations, from the original Newton, which made its debut at Macworld Boston in 1993 where it begat long lines of fevered fanbois with checkbooks in hand, to the MessagePad 2100, which was taken off life support by Steve Jobs in February 1998.

The Newton platform also took a hallucinatory side trip in the spring of 1997 in the guise of the eMate 300, a Newton-powered laptop aimed at the education market. In this observer's opinion — and I tested it upon its release — the less said about that Giger-inspired oddity, the better.

As a card-carrying fanboi, I owned an original Newton — now referred to as the OMP, for "Original MessagePad" — but try as I might, I never could bend that little thing to my will. My OMP ended its life — quite literally — as a doorstop in a thickly carpeted office conference room.

When disappointed, we fanbois can be oh, so cruel — but we were won over by Newton OS 2.0 and the MessagePad 120.

Like the OMP, the MessagePad 120 was powered by a 20MHz ARM 610, but it had the advantage of being upgraded to OS 2.0 in late 1995, an OS that was was light years ahead of the earlier Newton's publicly shamed first iteration. 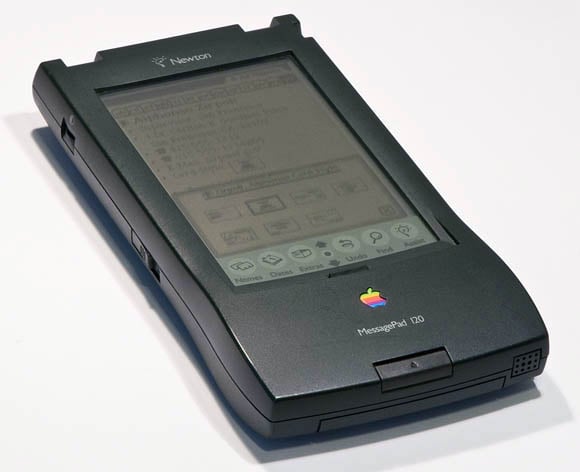 Powered by OS 2.0, the MessagePad hit its stride in the much more powerful, 162MHz StrongArm-based 2000-series 'Pads of 1997, codenamed "Q" — but whether the 2000 and 2100 achieved that appellation in honor of Star Trek's multidimensional tickster, James Bond's parts supplier, or a cheesy 1982 movie is lost to history.

Its black-and-white display — well, black-and-greenish-gray, actually — was far from the iPhone 4's much-vaunted "retina display". It had a resolution of a mere 320-by-240 pixels, wasn't back-lit, and since it wasn't grayscale, which would have allowed for anti-aliasing, individual pixels were clearly visible.

But we're not here to cavil, but to celebrate on old friend — although one that did have a thoroughly annoying tendency to whine. Come along with me through the next few pages for a visual celebration of the pioneering PDA that coulda, woulda, shoulda.