Before the iPad, there was the Newton

'This is the end / Beautiful friend'

A Newton 2.0–equipped MessagePad 120 was, as I mentioned above, far superior to the earlier 1.x-equipped MessagePads. Version 2.0 brought such niceties as printed-handwriting recognition, auto-expanding text macros, a new (and faster) Connection Kit for backup to Mac and PC, an Ink Text capability that added cut-and-paste and word-wrap to unconverted handwritten text, and a lot more.

But it was too late. The earlier iterations' foibles — especially their capricious-before-you-trained-it handwriting recognition that was lampooned by such notables as Doonesbury and The Simpsons — had made the Newton platform a laughing stock rather than a cool, forward-looking must-have.

On Friday, February 27, 1998 — not long after his return to power at Apple — Steve Jobs released the news that we Newton aficionados had already known for some time: the MessagePad series was dead. 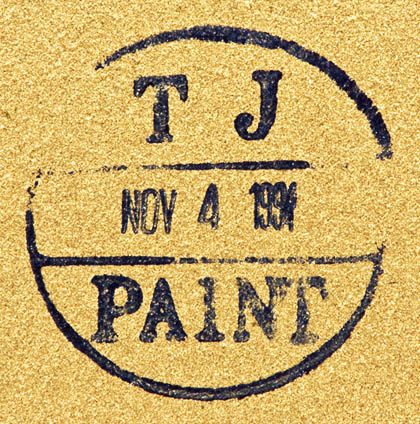 One final note. When I opened up my MessagePad 120, I discovered the above stamp on the inside of its metallic paint–sprayed case bottom. Note the date: November 4 1994. My 120 was a Newton OS 2.0 model — which wasn't released until the end of 1995.

Either Apple made a pile of MessagePad 120 case bottoms at the end of 1994 and expected another batch to be needed sometime in 1995, or the devices simply weren't selling up to projections and there was a warehouse somewhere in Taiwan that held a lot of unassembled cases for a lot longer than Cupertino had intended. ®

A little help? On the top of the MessagePad 120's logic board is one prominent chip: a Zilog Z8503008VSC — and I'm at a loss as to what its function is. My guess is an I/O controller, but I assume that some experienced (and ... ahem ... "seasoned") Reg reader might be able to help me out. Here 'tis: 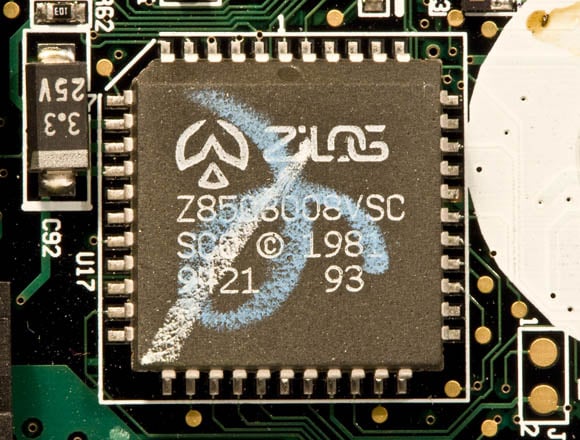 Care for a bit of Newtonian time travel? Check out the video that shipped with these li'l buggers. Much may have changed since August 1993, but marketing is forever: