Review Sometimes, there are problems that cry out for a technological solution. Problems like “How do I remember my weight and BMI for the time it takes to go from the bathroom to the computer.” And the WiFi bathroom scales from Withings, sold by Firebox, are the solution to just that problem. 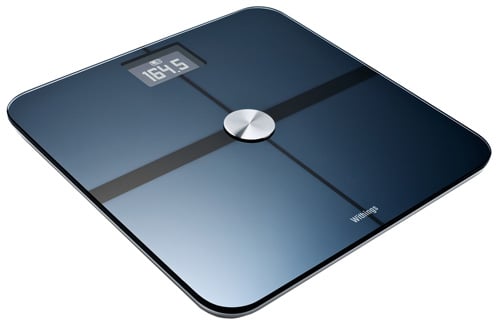 Like many modern bathroom scales – with which I have a passing acquaintance, despite not generally holding with the idea of weighing oneself – they’re a square topped with a sheet of glass, with an LCD display top and centre. The display shows large numbers in white, which are easily readable.

Stand on the scales and your weight will appear, followed a few moments later, as long as you’re barefoot, by your BMI. Annoyingly, if you want to change units between kilos, pounds and stones, you have to pop off the battery cover on the base, and move a switch. Next to the four AAA batteries, there’s also a mini-USB port, and it’s through this that these scales attempt to set themselves apart.

The supplied setup wizard for Windows or Mac uses the USB connection to configure the Wi-Fi settings in the scales, so that they can connect to your home network. The next step is creating an online account on the Withings website, though irritatingly that wanted to know my height in metres and weight in stones, which is a curious mix, and necessitated fumbling with that switch again. 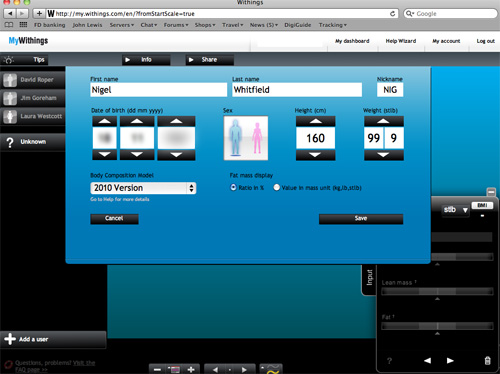 The weight is used during setup to help the scales work out which member of the family is using them, based on the last known weight. The user’s initials appear on the display and if the scales can’t decide between two or more people who weigh almost, you stand on one leg – no, really – to indicate which one it is.

You can only use it to weigh yourself now... how disgustingly low-tech

Software-defined networks are getting serious, at scale

Weight to go, Internet of s***

Video 5U box can reach up to six quadrillion INT8 calculations per second, it is claimed