Group Test Most camera touchscreens are around 3.5in in size with the best being large, clear, bright and highly responsive, but not overly sensitive. Most touchscreens use TFT LCD displays, although Active Matrix OLED (AMOLED) technology appears on compacts too.

The advantages of OLED technology over LCD are that the screens can be made even thinner, and there is no need for a backlight or colour filter system. That said, in my tests, LCD screens were easier to view when shooting in bright sunlight. In theory, cameras using OLED screens should be less power-hungry than LCD screens, but I didn’t notice a significant difference in battery performance. 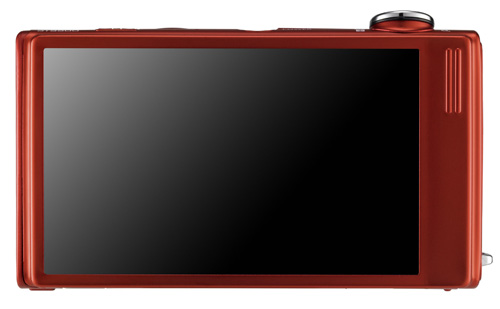 The touchscreens used in cameras are designed for single-touch operation, so iPhone-type multi-touch functions like “pinching” an image with thumb and finger to change its size, are not available. This is no great loss, and in fact, there are very few occasions when multi-touch operation would be useful on a camera - and lots of times when it would be hindrance – would you really want to adjust the ISO speed and switch to movie mode at the same time?

It’s interesting to note that manufacturers have adopted different approaches when it comes to touchscreen technology. Some have gone the whole hog and made almost all camera operations touch-controlled, while others offer a mix of buttons and touchscreen icons.

It goes without saying that not all touchscreens are equal when it comes to functionality or ease of use. Some touchscreens are less responsive than others and some manufacturers even provide a tiny stylus or fob to improve responsiveness. At least one model allows users to calibrate the touchscreen for improved operation.

At their simplest, touchscreens replace buttons with screen-based icons, but many touchscreens offer much more than this, for instance, allowing users to activate spot focus mode by tapping an object on the screen.