Cutting through the crap

Andrew's Mailbag A couple of weeks ago we gave you the thoughts of former Nokia executive Juhani Risku, for the first time in English. Risku's book proposes a controversial plan for reviving the company. The highlights include a co-CEO structure with a design "God" to cut through the bureaucracy, and bring innovative stuff to market quickly.

It got a great response from current and former Nokians, people who had worked with the company, and customers. Several shall be nameless, for obvious reasons.

Damned good read. Risku pretty much sums up most of what's wrong with Nokia. I was particularly impressed by his point about the over-fragmentation of their devices. This is something that's likely to plague Android too.

I'm not quite as sure about Nokia's future: It's not easy to turn around a business with problems of this magnitude. Microsoft needed nearly eight years to turn themselves around, and those 500 middle-management incompetents aren't going to take a mass sacking lying down.

Nevertheless, I do hope Risku is right. Much though I appreciate Apple's stuff, the market is unhealthy. The lack of real competition even now is shocking given how few devices Apple actually make, yet the moment the iPad hit the shelves, their so-called "competitors" couldn't trip over themselves fast enough to announce their own "me-too!" devices, most of which clearly missed the point.

Even Android — like pretty much everything spawned from the FSF movement — is just another blatant rip-off. (Oh yes, it has a couple of minor refinements or changes, but the simple fact is that Apple did all the heavy, expensive, design and R&D lifting, while the FSF simply copied it. Rather like those Chinese clone manufacturers.)

That manufacturers are *still* having to add their own GUI 'enhancements' is a poor reflection on Android's own design. If Apple can be so consistently good at UX, what's stopping their rivals?

Here's a view from inside Nokia: 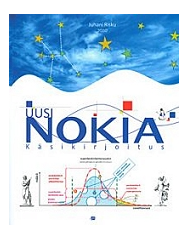 Juhani's comments on the information gathering and the lack of accountability and clear direction are extremely pertinent and probably identify the greatest failings within Nokia.  Remember the saying "When all is said and done - more is said than done."?  That's Nokia.  They ask and ask and ask, but nothing ever seems to change.  Conversely when change does come along it is usually out of the blue and is presented conceptually rather than as detailed plans.

As an example: a couple of years ago it was suddenly announced that Nokia was to become "an internet company".  When asked what this meant the senior manager said "We don't know yet." and looked at us expectantly.  Looking back I can't help but wonder if they were waiting for us to get all excited and to run back to our desks to research it, plan it, and make it all happen that very afternoon like something out of "The A Team".  We never did get told what an "internet company" was and nobody from management stepped forward to drive the transition.

Thank goodness for that because the very idea of Nokia transferring to being a service-based company was moronic as we didn't have the infrastructure and most of the board were technical in one way or another with absolutely no experience of that sort of business.  The same lack was present all the way to the bottom of the company.

Oh whoops, was that a mistake?  Did we remove every scrap of our expertise in a core business?  Well we won't do that again until the next time.

We employees want to produce good products, we've done it before and we know that we can do it again, but we are being prevented from doing so by several things: inflexible "one size fits all" financial strictures, loss of focus due to a move away from local teams to global, and a management style that gives us targets but little guidance on how to achieve them.  They are either OPK's or co-incident with his tenure.

Nokia rolls out midrange 5G mobile, but will struggle to fight off Motorola and pals. Plus: New platform for suits with bulk-ordered SIMs