'Intel doesn't include firmware failures in the MTBF!'

Users are reporting that Intel 320 SSDs are dying, and power cycle limitations appear to be at fault. The company had not issued a fix at time of writing.

There is an active forum about the faulty solid state drives at the Intel Support Community website.

"Poster Goose" wrote a message on 1 June, quoting from a PC Review forum:

Be wary of the new Intel SSD 320 series. Currently, there's a bug in the controller that can cause the device to revert to 8MB during a power failure. AFAIK they have not yet publicly announced it, and won't have a firmware fix ready for release until the end of July. 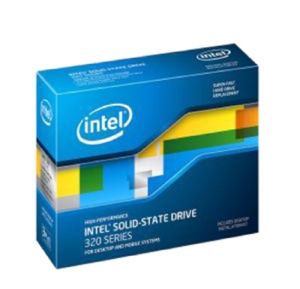 This was followed by poster "Giovanni" on 16 June, who said:

I just had this happen to me. Had the 600G model for a month. Then the drive crashed and now DISKPART shows 8MB for that drive. SMART attributes are gone... The drive worked great for a month!

A third poster, "Vit", said he had experienced the same problem on 23 June. Others followed. "Vit" got his drive working again, using the Intel SSD toolbox, but he had lost all the data on the drive.

As of today, no identified Intel support person has responded to the thread.

We are trying to reach Intel to get a comment but have had no response so far. ®