Pamela Anderson gets her kit off for Nokia

What a brilliant idea for a competition! Nokia has hired Pamela Anderson and Gossip Girl actor Ed Westwick to appear in The Commuter a short film short shot entirely on the not-quite-launched Nokia N8 - and you can appear in it too.

Two roles are up for grabs - one, we guess a guy, who shares bedroom with Pamela and the other, we guess a girl, to get "up close and personal" with Westwick in an elevator.

Says Pamela: I’m really excited about the film and can’t wait to get on set. I don’t want to give too much away, but my scenes are shot in a bedroom and I’m looking forward to going back to my Finnish roots and sharing my bed with a Nokia N8!” 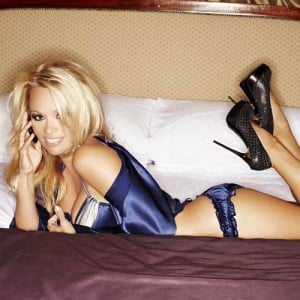 In bed with the Nokia N8

The Commuter shoots at the end of the month and gets a real-life premiere in October. It is directed by the McHenry Brothers, who have just finished their first feature length film, Jack Boots on Whitehall, starring Ewan McGregor, Rosamund Pike, Richard E Grant and Timothy Spall.

Nokia UK is running the comp to "showcase the Hollywood quality" of the N8's 12Mp camera. This incorporates Carl Zeiss optics, Xenon flash and a sensor "rivalling those found in compact digital cameras". ®

This hurts a ton-80: British darts champ knocked out of home tourney by lousy internet connection

Still too much discretion when it comes to that 'terrorism' stuff, repeats David Anderson QC

2015 legislation review is laid before Parliament

Any finger will do? Samsung Galaxy S10 with a screen protector reportedly easy to fool