Bullish analysts: N8 will save Nokia

Strong operator demand for new kit from Nokia means the company may be emerging from its darkest period in modern history, according to a report from Morgan Stanley.

The company reckons the N8 camera phone, the first Symbian^3 device, will gross around €1bn in operating profit next year, and raised its rating and target price for the stock.

Another report, this time from Merrill Lynch, expects the new devices to halt the crash in Nokia's margins. Without much to offer in the smartphone category, margins have crashed from 18 per cent in 2008 to around seven per cent now, as cheapie phones gain a higher proportion of the mix. Nokia has missed its own guidelines for its previous two quarters, but Merrill doesn't anticipate that happening again.

Nokia today confirmed availability of the N8 through Nokia's store in the final week of the month, priced at £429 SIM free, and widespread operator availability on Friday 1 October. The phone was originally expected in late spring, but has been pushed back to avoid a repeat of the buggy debacle that was the N97. 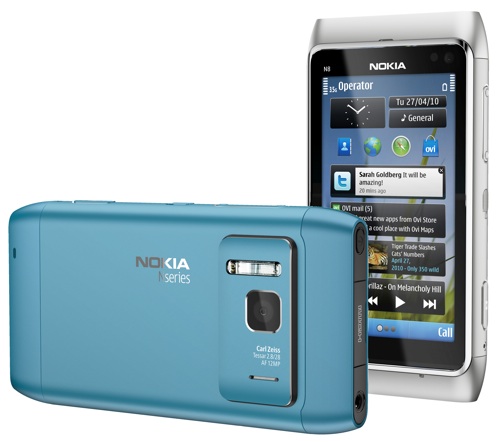 The strong demand for the N8 demonstrates Nokia's underlying strength in the phone business, but also its astonishing complacency over the past three years as the market turned to touchscreens. The N8 isn't as slick as some rivals with direct-manipulation UIs, nor as high-specced as some others - but it's markedly nicer to use than its predecessors and is well designed. It also has a single easily-grokked USP - its camera.

With Nokia's designated high-end Unix-based successor to Symbian not quite ready for prime time (will it ever be?), and the major revamp of Symbian (^4) not ready either, the company needs a strong bunch of Symbian^3 products.

Reuters cites unnamed sources confirming that keyboard variant of the N8, the E7, will be launched at Nokia World in London next week.®