Review Canon has left no corner of the saturated DSLR market untouched, which certainly has a knock-on effect for potential buyers of the 10.1Mp EOS 1000D. While its 2.5in LCD screen feels cramped by modern standards, and its all-plastic construction does make it feel cheap compared to the Nikon D3000, it is, however, compatible with every extender, Speedlite and lens Canon makes – and that's a huge range. 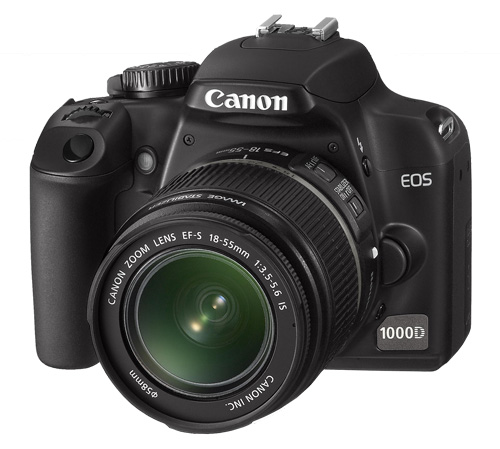 At low ISO settings, telling the cameras apart by image quality is an exercise in splitting hairs, but at ISO 800 and above the 1000D really shines. Noise is minimal and test images remain sharp. Indeed, the 1000D returned usable images at ISO 1600, begging the question: why it doesn't support even higher sensitivities?

Canon's marketing bumpf claims the 1000D can manage up to 3fps – it actually ran very slightly faster – 3.2fps when measured against a stopwatch. The amount of buffer on offer appeared to vary though, with 14 being the largest number of frames captured in a single burst and five the lowest. Switching to RAW not only reduces the amount of buffer available to just three frames, but also caused the 1000D to run around a third slower, at 2.2fps.

Despite the small size and rather plasticky build, the 1000D sits nicely in the hand. It's undeniably small, which isn't necessarily a bad thing, but Canon has shoehorned in a decent array of buttons. Metering, autofocus and the continuous/self-timer modes are all controlled by the navpad on the back. 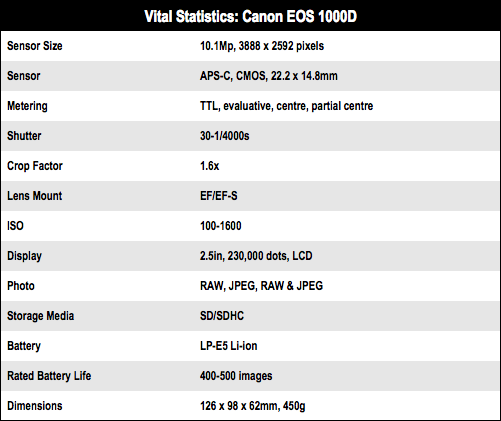