Tests by the US special forces of a radical, new-technology robot helicopter equipped with a radar intended to penetrate jungle canopies from above, have been terminated after a trials aircraft crashed in Belize. 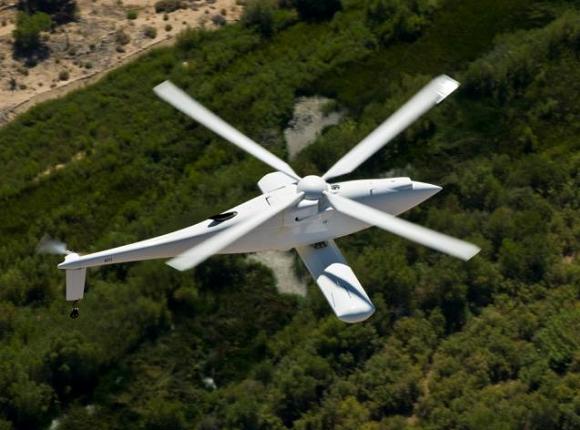 If the imperial stormtroopers had had these, it would have been curtains for the Ewoks.

The unmanned helicopter which crashed was designated YMQ*-18A by the US Special Operations Command (SOCOM), conducting the trials in Belize. SOCOM is the overall command in charge of all the USA's various secretive military elites: SEALs, Delta Force, Green Berets etc etc. It also runs a sizeable pocket air force devoted to their support.

The YMQ-18A, which the US embassy said crashed at the Central Farm airfield in Cayo, Belize on 4 September, is another name for Boeing's A160T unmanned variable-speed-rotor helicopter. The A160T's variable-speed technology offers much better performance than a normal copter whose blades spin at a fixed rate, simplifying engineering but sacrificing endurance and high-hover capability. The robochopper is also said to be significantly quieter than an equivalent normal whirlybird.

We reported on plans for field trials by SOCOM using A160Ts with the FORESTER foliage-penetrating radar last year, but at the time the exact location of the trials was undisclosed. It appears that SOCOM had planned for 45 days of testing above the jungles of Belize, but the programme has now been cut short following the Central Farm crash. In a picture posted online by local media the aircraft and the large belly-mounted radar appear to be completely wrecked.

Another A160T operated by the regular US Army's advanced-tech apparatus crashed in July, and another was wrecked in California in 2007. Previous piston-engined versions of the A160 - without the T suffix indicating gas-turbine power - suffered a further three prangs in development.

SOCOM has plans to acquire a small fleet of A160T/YMQ-18As in the coming decade, having ordered 10 of them in 2008 and stated that 20 more will be purchased from 2012 to 2017. The secret supertroopers had expected to use the aircraft for surveillance duties lifting FORESTER or ARGUS-IS multiplex spyeye systems: also for strike missions armed with guided missiles.

It has also been suggested that the A160T might carry out battlefield supply missions, though it appeared to be vanquished in a recent contest by a rival "intermesh" aircraft at this task.

It isn't clear yet whether the Belize crash will cast doubt over the A160T's future, which at the moment seems largely to rest in the hands of SOCOM. Reportedly,SOCOM spokesmen considered that more than 90 per cent of the objectives of the Belize trials had been met when the crash terminated the effort. ®