Hands-on with the new Nokias

Two Cs and an E. Is that a pass grade?

Nokia World Nokia added three new models alongside the imminent N8 today. All are Symbian^3 based; two are in the C-range*, but one was billed as the Son of Communicator – a quite extravagant claim that might quicken the pulse of a few Reg readers. Would any of these live up to their billing? I had a quick hands-on with all three, let's have a look.

I found all three offer a considerably better user experience than anything touchy Nokia offers today. They have great new screens. On the down side, the styling and design is conservative and very 'so what?' and none offer anything splashy to to the high-end consumer. Nokia's design ideas now seem largely theoretical – designed for consistency in a portfolio presentation rather than in real life. I remember when the company would throw odd, unusual and interesting designs at the market every year. But I gather these new phones may not be intended to break new ground – this year is really a holding operation for the new UIs and Linux-based devices to be introduced in 2011. These, of course, remain unseen and unannounced.

All three S^3s announced today are essentially close cousins of the N8. Confusingly, one of them is an S^3 update to an existing model number with a non-too-stellar reputation and a different form factor – the C6. This revised 'C6-01' has no QWERTY keyboard.

In photographs, all the new models look almost identical – only the C6-01's call and end buttons distinguish it from the others. In reality the C6-01 is smaller and much squatter, and like its predecessor appears to be designed to go after the price conscious user, who might be tempted by a mid-range touchscreen phone, say from Samsung or LG.

The rather classier C7 is larger with a 3.5inch display, and is very thin, at only 10.5mm. It has much of the N8's DNA but lacks the high-end multimedia specifications – with only an 8MP camera, and no HDMI out. I expect that Nokia expects slimness to command a premium, rather than high-end features. But I'm not sure why, with the Nokia N8 sure to be available at reasonably competitive prices, you'd prefer a C7. If you're going to get something in this price bracket (there's only apparent $70 between them at full unsubsidized retail price) you'd want to go for the phone that does one thing really well. 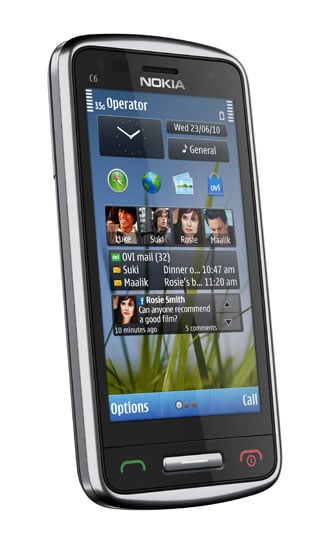 As for the C6-00, the much smaller, information-dense screen is the nicest thing about it. It's targeted at social media 'tards, but the social media experience on Symbian phones even in the S^3 incarnation is still pretty cronky.

All three new models feature an excellent ClearBlack Display screen, with lower reflectivity and a much deeper black. Great screens used to be one of Nokia's hallmarks, and these are the best for some time. All have a 640x360 resolution. The Symbian^3 UI has been tied up considerably, with many of the redundancies and inconsistencies removed - and with decent processors powering all these models, I only found one common function showed any lag. 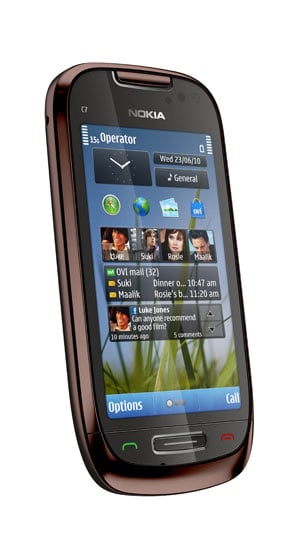 Under the hood, Symbian remains the best mobile operating system a manufacturer could choose, with its maturity and ultra-aggressive power management. That's never really been in question. Symbian^3 is really what Nokia should have brought to the market in late 2007 or early 2008. But even with the UI cleanups it's really no more than what a 2008 phone should deliver. Nokia knows, and won't need to be reminded, how much time has been lost through the complacency with which it greeted the iPhone, and the terrible waste of two years as Symbian was acquired, spun out and open-sourced.

But the model that may most readers is the E7, the first new Nokia QWERTY phone for power users.

Next page: 'Nothing beats a real keyboard'
Page: