We know you lot haven't been able to eat or sleep pending the outcome of Monday's test of our Paper Aircraft Released Into Space (PARIS) Mk 2 release mechanism, so here's the news: it works.

For PARIS newbies, we should explain that said mechanism is the pressure-operated device which will release the Vulture 1 aircraft. It's based on the simple fact that air in an enclosed space expands as the external pressure drops, so you can, in theory, translate that into mechanical motion which in turn can be exploited to drop your plane at the desired height.

We previously tested a Mk 1 mechanism - a big glass syringe - down at QinetiQ's hypobaric chamber facility in Farnborough, and there are details of the less-than satisfactory outcome here.

However, QinetiQ's Chas Taylor and Tim D'Oyly were able to suggest an alternative set-up using the same principle. Enjoy the concept graphic:

Suitably inspired, we got stuck into putting this fine piece of British engineering together, and before reading on you're advised to get the background construction details here and more on our final preparations for the QinetiQ test right here.

In summary, though, this is what the beast looks like fully assembled... 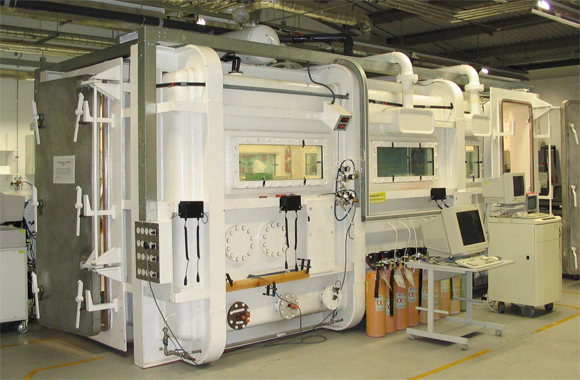 ...to see if it would actually deliver or we'd all have to seek alternative employment flipping burgers.

OceanBase 4.0 is derived from tech behind Alipay and is MySQL compatible
Databases16 Aug 2022 | 2