The United States military is waging war in the Pacific on invading jungle snakes - by dropping dead mice stuffed with household headache remedies on them from helicopters. 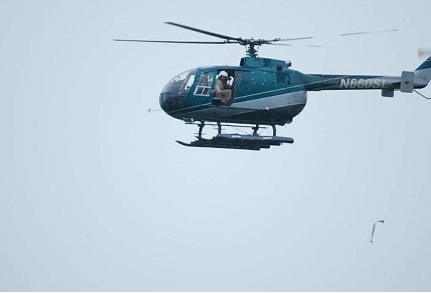 In you go, Fluffy

Stars and Stripes reports on the airborne murine drug-zombie campaign being waged around US bases on the tropical island of Guam. Guam has been plagued since World War II by an invasion of brown tree snakes, which have swarmed through the local jungles eating everything they can catch and wiping out several kinds of bird.

The snakes are thought to have reached Guam aboard military transports, and the US authorities there are concerned that they might travel on by similar means to invade other Pacific islands and devastate more exotic ecosystems. Island life typically has no defence against predators introduced by human activity.

But such measures as ordinary snake traps and sniffer-dog snake inspections of outbound cargoes aren't really getting a handle on the problem, apparently. Thus it is that military boffins have sought to find some handy substance, whose effects on the environment are well known, that is also highly poisonous to the brown tree snake.

After intensive research, they hit upon acetaminophen, a common domestic painkiller better known under the names paracetamol (UK) and tylenol (US). Rather than a gentle balm to the hungover brain, to the bird-scoffing snakes of Guam it is a fatal poison. The only problem remaining was how to get the tree-dwelling reptiles to ingest it.

Hence the plan of lacing the corpses of mice - considered a tasty treat by the snakes - with hefty doses of the medicine-cabinet favourite. Even then it's no picnic getting dead mice into the high jungle canopies where the scaly invaders congregate, but fortunately the US military is seldom unable to get its hands on a helicopter.

As one would expect (by this point) the mice aren't simply hurled out of the choppers willy-nilly. Rather, each drug-laced corpse is attached to a special drag streamer which deploys on departing the aircraft, designed to snare in the jungle canopy and leave an irresistible dangling drug-carrion treat right where a slithering passer-by is sure to stumble upon it. Radio beacons will lead the US kill-teams in thereafter to assess the effectiveness of the new tactic in the War On Snakes.

According to Stars and Stripes, the first waves of dead killer mouse drug paratroopers went in to the jungles surrounding Sasebo Naval Base Guam yesterday.

“We will go out over the next few nights and find out their fate," says Dan Vice of the US agriculture department, a top wildlife official for Hawaii, Guam and the US Pacific territories.

Should the plan prove successful, the cadaverous murine poison paratroops may be called in for further campaigns around other bases on Guam and perhaps further afield. ®

Thanks as ever to reader Mike Richards for the tip.