Server and chip maker Fujitsu is starting to ship the Sparc-based supercomputer server nodes that are part part of Japan's "Kei" 10 petaflops supercomputer.

As El Reg previously reported, back in January 2006 Japan's Ministry of Education, Culture, Sports, Science and Technology (MEXT) hired indigenous server makers NEC, Hitachi, and Fujitsu to share in the development and manufacturing of a 10 petaflops massively parallel supercomputer. This machine called the Next Generation Supercomputer, was to mix vector processors from NEC and Hitachi and scalar processors from Fujitsu.

The Project Keisoku super, as this machine was eventually nicknamed, drew its moniker from the word "petaflops," since kei means 1016 in Japanese, a shorthand for 1016, and soku means speed.

The Great Recession showed another kind of speed: how quickly this massive project almost fell completely apart. In May 2009, just as Fujitsu was talking up the eight-core Sparc64-VIIIfx processors designed for the scalar half, NEC and Hitachi said they could not afford to continue past the development phase, despite that whopping $1.2bn original budget for the machine. Fujitsu did some political and business jujitsu to keep the Japanese government from killing the project.

The K supercomputer at Riken: "Just what do you think you're doing, Dave?"

It is unclear what the current budget for the 10 petaflops machine is, but it is now simply known as K and Fujitsu is building the whole shebang. The system is to be installed at the Rikagaku Kenkyusho (Riken) research lab in Kobe, Japan, and was originally targeted to be operational in late 2011, then shifted to early 2012. The word out of Fujitsu now is that the K super will be operational in the autumn of 2012, after it is fully installed and tuned.

El Reg gave you a peek at the Sparc64-VIIIfx system boards used in the Project K super last November from the SC09 supercomputing conference. The blade servers are water-cooled and have four processor sockets and pack 512 gigaflops of double-precision floating point oomph; the blades support eight DDR3 memory sockets, or 128GB using 16GB memory sticks. Like Cray's XT and now XE line of supers, the blade servers also sport an interconnection chip for each socket on the blade. Fujitsu's interconnect is called Tofu and it implements a 6D mesh/torus cluster of the nodes.

Fujitsu has never been terribly precise about how the Project K machine will be built, but now says it will be comprised of over 800 racks of machines. My back-of the envelope math last fall says that it would take 78,128 of these eight-core processors, or a total of 625,025 cores, to reach the 10 petaflops level. Fujitsu concedes now that it will take more than 80,000 processors to do the job. At a $4,000 a-piece volume street price (what a high-end Itanium or Xeon processor sells for), that would be $320m just for the processors. It is likely that the chips, even at these volumes, cost more than this. 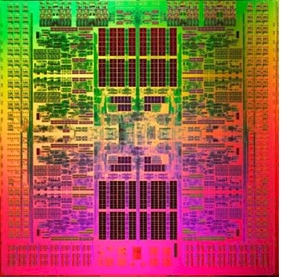 Fujitsu also snuck out this tidbit: the Sparc64-VIIIfx processor is rated at 2.2 gigaflops per watt, which is a two-thirds reduction in power consumption based on comparisons with the current quad-core, 2.8GHz Sparc64-VII+ processors used in midrange and high-end Sparc Enterprise M systems sold by Oracle and Fujitsu.

The water-cooled chips are implemented in a 45 nanometer process and are expected to run at around 2GHz and burn at 58 watts, according to this IEEE reference from earlier this year when the Fujitsu team presented some specs. It is amazing that Fujitsu is not overclocking this puppy, especially considering Project K has water blocks on the processors and interconnects. A 3GHz clock speed would seem to be reasonable, but adding 50 per cent more performance would probably more than double the power consumption and heat dissipation of the processors. It is probably better to spread the heat out over more nodes to get to 10 petaflops and use up more data center real estate. As it is, at 58 watts per chip, the processors alone will consume 4.64 megawatts. 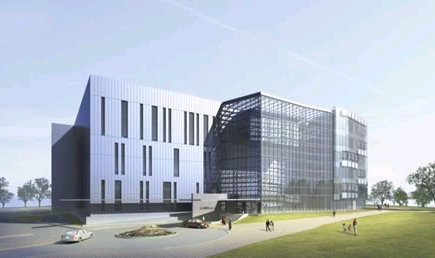 Perhaps Riken can create some hot baths for snow monkeys with all that excess heat? Or for college students and lazy politicians, for that matter. As you can see, that doesn't appear to be in the plan. ®

Japan lets its banks and other entities issue stablecoins