Shocked by the high price of Samsung's Galaxy Tab? Rather spend considerably less than that? How about 85 quid? 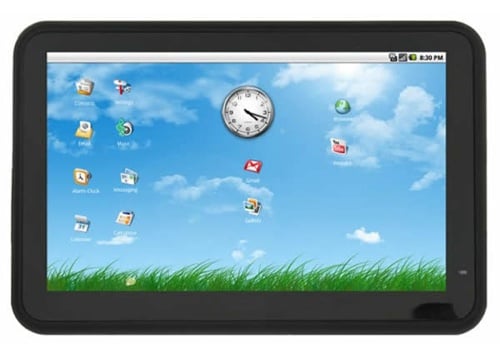 "The perfect product for those of you who can't afford an iPad", says Morgan's website.

The princely sum of 85 nicker doesn't nab you much tech, mind. The tablet's ARM CPU is clocked at a mere 400MHz and there's just 2GB of storage, though thankfully the gadget has an SD card slot.

You can order the tablet now, but Morgan doesn't expect to see its stock until 18 October. ®

Thanks to reader Steve for the tip