Noel Sharkeys of the world, unite!

Blighty's most famous automatamageddon media-Cassandra, Professor Noel Sharkey, has allied with like-minded profs around the world to issue yet another warning of the coming rise of killer robots. 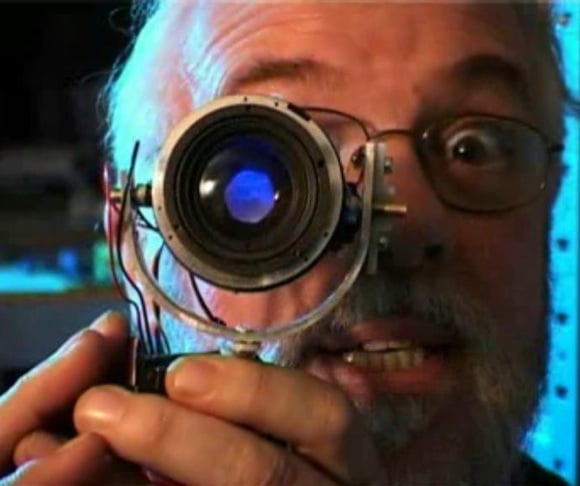 You thought the robots were scary.

Sharkey, who is professor of AI, Robotics and Public Engagement at Sheffield uni, has warned for at least the past ten years of the terrible dangers attendant on war robots. He has famously flagged up the likely prospect of a little girl being "zapped" by metal stormtroopers "because she points her ice cream at a robot to share", given it as his opinion that robotic terrorism is imminent, and endorsed bogus robot-busting weaponry companies.

Sharkey's credentials include an Equity card, a doctorate in experimental psychology, an honorary doctorate of science plus fellowships in such august bodies as the British Computer Society and - according to his website - the "Asociation of Psychologyical Science".

Despite all this, nobody serious has paid Sharkey and his robofear concerns any attention. He has decided to rectify this by setting up the International Committee for Robot Arms Control (ICRAC), which has just held its "first major international event" in Berlin.

Joining Sharkey on the ICRAC committee is the photogenic Dr Robert Sparrow of Monash university in Australia, who is an expert in many fields - for instance the right to male pregnancy.

The two men are aided by Jürgen Altmann, "physicist and peace researcher" at the Technische Universität of Dortmund, and "philosopher and film maker" Peter Asaro of the Department of Media Studies and Film at the New School. Asaro is perhaps most famous for the documentary Love Machine, which looks at the potential future development of an eponymous robot "capable of engaging not only in sex with a human, but other elements of love and relationships as well".

Thus reinforced by heavyweight, seriously credible international experts, Sharkey considers that at last the issue of runaway killer robots may get some mainstream attention. Following the Berlin get-together, Sharkey released a statement in which he says:

"I am delighted with the meeting. At last the international conversation is beginning on how we should control armed robots. Although there was not a consensus of opinion on all of the issues, there was agreement that state actors need to take steps to prevent the indiscriminate use of armed robots.

"Everyone acknowledged that these systems pose ethical and strategic problems especially with regard to their effect on civilian casualties and their rapid proliferation."

By "everyone", Sharkey means himself, Sparrow, Altmann and Asaro - and other attendees such as the in/famous Steve Wright of Leeds Metropolitan University, author of Your Unfriendly Neighbourhood Bobby, New Technologies of Political Repression and Politics of Pain. (Wright is concerned that we face a grim future in which we will be oppressed by "a modern techno-politics" deploying "machine operatives" and "self-deciding automated sentinels" armed with a terrifying sci-fi panoply of microwave rayguns, pulse lasers, tranq bombs, plasma-lightning mob blasters, "vortex energy rings" and sonic beam weapons.)

This might be "everyone" in a rather exclusive sense, then. But anyway, the assembled fruitcake fear-profs managed to hammer out an agreement:

The meeting concluded with an approved statement from the majority of the group on substantive issues concerning the regulation and control of armed military robots including a prohibition on the further development of armed autonomous robots and the setting of restrictions on armed tele-operated such as the Predator and Reaper drones for applications such as targeted killings in sovereign territories not at war.

Well thank goodness for that. Now that ICRAC has spoken, US drone bombardments in Afghanistan and Pakistan will cease (and be replaced no doubt by hugely bloodier and more destructive strikes from manned bombers). Armed autonomous-robot programmes such as X-47, Taranis, Neuron etc will cease, and humanity will return to settling its differences using much safer weapons where human beings make the decisions, in the style of Dresden or the Tokyo fire raids.

Or then again, maybe not. ®