It's all go down at the Paper Aircraft Released Into Space (PARIS) headquarters ahead of our planned 23 October launch.

Earlier this week we wrapped the construction of the main payload box, which contains the vital Vulture 1 aircraft release mechanism, cameras, GPS tracker and radio beacon.

There's more on the successful test of the Mk 2 release mechanism here, and following our trip to QinetiQ we were ready to box the whole thing up for the flight.

Cue lots and lots of styrofoam, and on with the job...

Because of the way the release mechanism operates, we had to go with a long thin box, but this offers a big advantage: the Vulture 1 has to sit underneath, so its wings can be orientated along the length, with the release wire coming out of the centre of the fuselage.

Note the black plastic seal where said wire will pass through the floor of the payload box for attachment to the release rod. That's to prevent too much cold air passing through the hole, and in any case the whole release rod and guide channel will be packed with low temperature grease to ensure things run smoothly. 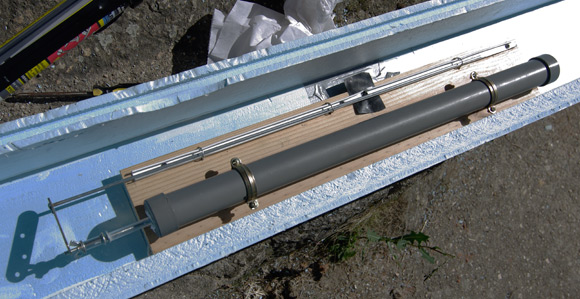 To make absoultely certain, though, that the release mechanism's oxygen tube assembly and PVC tube housing don't freeze, we boxed the whole thing in...

... and packed it with fibreglass roof insulation: 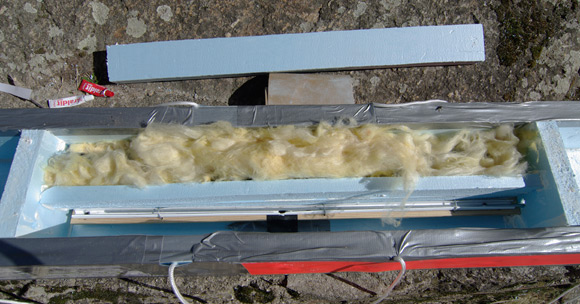