As you would expect from a premium PND you get a host of other features including speed camera locations, European guided tours – for the Lake District in the case of the UK – a feature called Last Mile which remembers where you parked and changes to pedestrian mode assuming you can't drive to your destination and "realistic" lane views at motorways junctions. 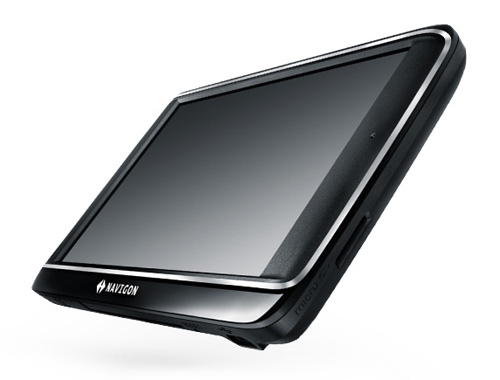 Functions aside, the big screen will certainly appeal to those who do a lot of driving

The £199 Plus sits second from top in the Navigon 70 range below the £260 Premium. For the extra you get Bluetooth, voice command and a semi-transparent 3D view of city blocks. The last is a bit of a gimmick but the other two functions may appeal to those who spend a serious amount of time behind the wheel. Still, the motion sensitive menus and animated lane guidance are enough to separate the Plus 70 from the herd, while the five-inch screen makes it very easy to see where you should be going. ®

System might only be fitted to HMS Prince of Wales – reports

Review Turn-based strategy for the mapless in motion