Apple to lead fanbois 'Back to the Mac'

Next Wednesday, October 20, Apple will host an invitation-only event on its Cupertino campus that is apparently intended to remind its iOS-obsessed fan base that, yes, it still makes personal computers.

Jobs & Co. sent out invitations this Wednesday to a media soirée entitled "Back to the Mac" — and in true Jobsian fashion, that title is all that anyone outside of One Infinite Loop knows for sure.

The graphic used for the invitation, however, is sparking the usual firestorm of speculation: 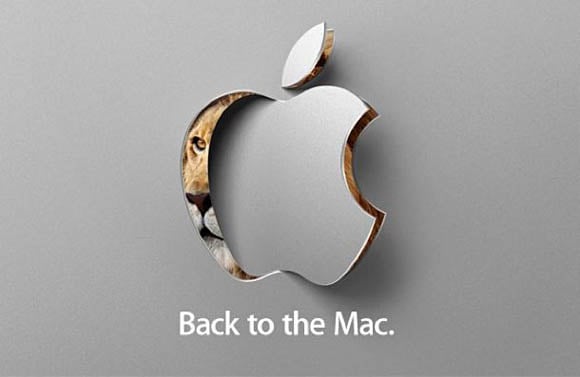 The sneak peek at what appears to be a lion's schnozz and peeper, of course, arouses speculation that the next big cat, Mac OS X version 10.7, will be unveiled at the event, and that the release will be called "Lion".

Of course, Jobs could be throwing us all a curve, and the release might actually be called Panthera leo nubica.

The timing is ripe for version 10.7. The current version of Mac OS X, Snow Leopard, was announced at Apple Worldwide Developers Conference in June of 2008, and shipped in August 2009.

Snow Leopard was mostly an under-the-hood upgrade of the previous version, Leopard, which was announced in June 2006, also at WWDC, and shipped in October 2007. It's high time for an update.

This year Apple broke with its Mac OS X announcement tradition when it turned WWDC into a iOS love-fest — so much so that its annual Design Awards handed out at that event didn't even include a Mac OS X category. It's high time that Apple remembered that it provides an operating system other than iOS.

Other possibilities for announcements on October 20 include the rumored upgrade to the languishing MacBook Air and new versions of iLife and iWork.

And then there's that rumored touchscreen iMac, but don't hold your breath in fevered expectation of that possibiloity — and we ain't lyin'.