The controversy that players would be able to "recreate the acts of the Taliban" was, like most other videogame controversies, founded on rumour and speculation. Served up by credulous politicians and journalists for consumption by an even more credulous army of virtuous curtain twitchers, it was defused by EA's eleventh-hour decision to rename playable Taliban fighters as "Opposing Forces". 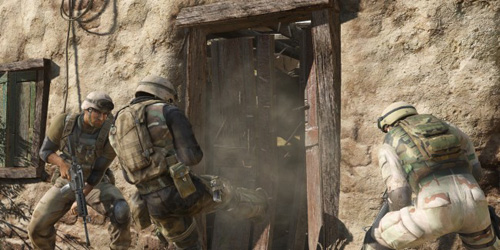 Come on in, the gang's all here

Politicians and journalists placated, EA was able to ship the game with only nominal changes to multiplayer menus. But it doesn't take a genius to work out who you're fighting as, as you and your kaftan-wearing, bearded compatriots run around the snow-capped mountains of Afghanistan's Hindu Kush shooting US service personnel with RPGs and AK-47s.

Set just a few months after 9/11, the fervent patriotism and righteousness of MoH's early levels is understandable. But seen through the lens of the near decade-long quagmire it feels uncomfortably naïve. 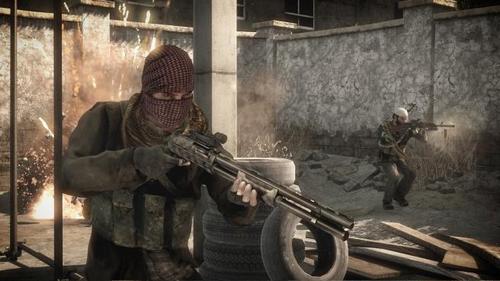 Shotgun owners are so rude: one cock and they blow

Fortunately, focus quickly shifts from this early dose of flag-waving to stories of individual soldier heroism, better balancing reverence for their sacrifice without unnecessary demonisation of the enemy. The narrative and level structure intertwines the actions of Navy Seals, Delta Force and Army Rangers into a convincing account of US Advanced Force Operations, where a mix of intelligence gathering, reconnaissance and heavy fire support affords distinct variety to gameplay.

Next page: The enemy is brainless
Page:
Tips and corrections
30 Comments

Who, Me? Commanding & Conquering when nobody is looking

Pics The internet. Before Kim Kardashian. Yes, it really existed