I'm here in Guadalajara, Mexico at the ITU's Plenipotentiary — a meeting that this United Nations' agency for information and communication technology holds every four years to decide its strategic direction.

Here's what you need to know about the "Plenipot" first off: it goes on for three weeks. Yes, three weeks. It used to be four. The first week is taken up entirely with electing new officials; the second week is used to spread out and discuss the papers that have been provided to the conference; and the third is about refining the details and getting them approved.

If this sounds like an arcane way of doing things in the modern world, it's because it is. 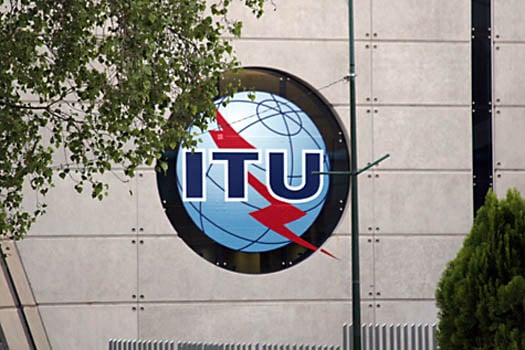 Yes, the ITU's logo is dated and arcane, as well

The clue is in the title: Plenipotentiary comes from the Latin plenus and potens, meaning full and power. Government representatives (and no one else, mind you) are given full powers to negotiate on their country's behalf, and at the end what is decided has full power over the countries represented — more or less.

Of course, this approach was much more useful in 1865 when the ITU was created. It wasn't until 1903 that the Wright brothers flew for the first time. Henry Ford started producing cars in 1908. John Logie Baird's first public experiments with television were in 1926. In those worlds, representatives would take days to reach a meeting, and news of what they discussed and decided would take just as long to reach their sponsor countries. Representatives had to be given full power in order to be of any use.

But the Plenipot's name, and the fact it goes on for three weeks, is just scratching the surface of ITU arcanery. The election process is, by all accounts, so bizarrely out of step with the 21st century that it takes on an almost surreal air.